Heather Garriock’s squad will host Perth Glory in their season opener on Sunday 17 November, before doing battle with Melbourne City in Round Two.

The match-ups with Perth and Melbourne City are just two of the six home fixtures for Canberra United in Season 12 of the Westfield W-League.

Garriock says facing strong opposition at home is the perfect way for her squad to kick off their campaign.

“It’s important to start any season well and we’ll be looking to do just that when we face Perth and Melbourne City in the opening rounds,” Garriock said.

“We’ve been working hard in the off-season and pre-season and I’m confident we’ll come out ready to go in Round One.

“It’s great that we get to start the season at home, we’ve got the best fan base in the country and I’m sure there will be a packed house at McKellar to cheer us on.”

Canberra will play three Thursday night games in Season 12, something which Garriock and her squad are looking forward to.

“It was a really great initiative by FFA to introduce the Thursday night fixtures last year,” Garriock said.

“The fact that they were broadcast live in a prime-time slot led to even greater exposure of the Westfield W-League and really showed how far women’s football in Australia has come.

“I know the team are really looking forward to our three Thursday night matches this year, and it’s fantastic that two of them will be played here in Canberra.”

Canberra’s Thursday night matches will take place in Round Four and Round Seven at home, as well as on the road in Round Nine against Melbourne City.

Every match will be either broadcast or streamed live on FOX SPORTS, ABC TV, Kayo Sports and on the My Football Live app. 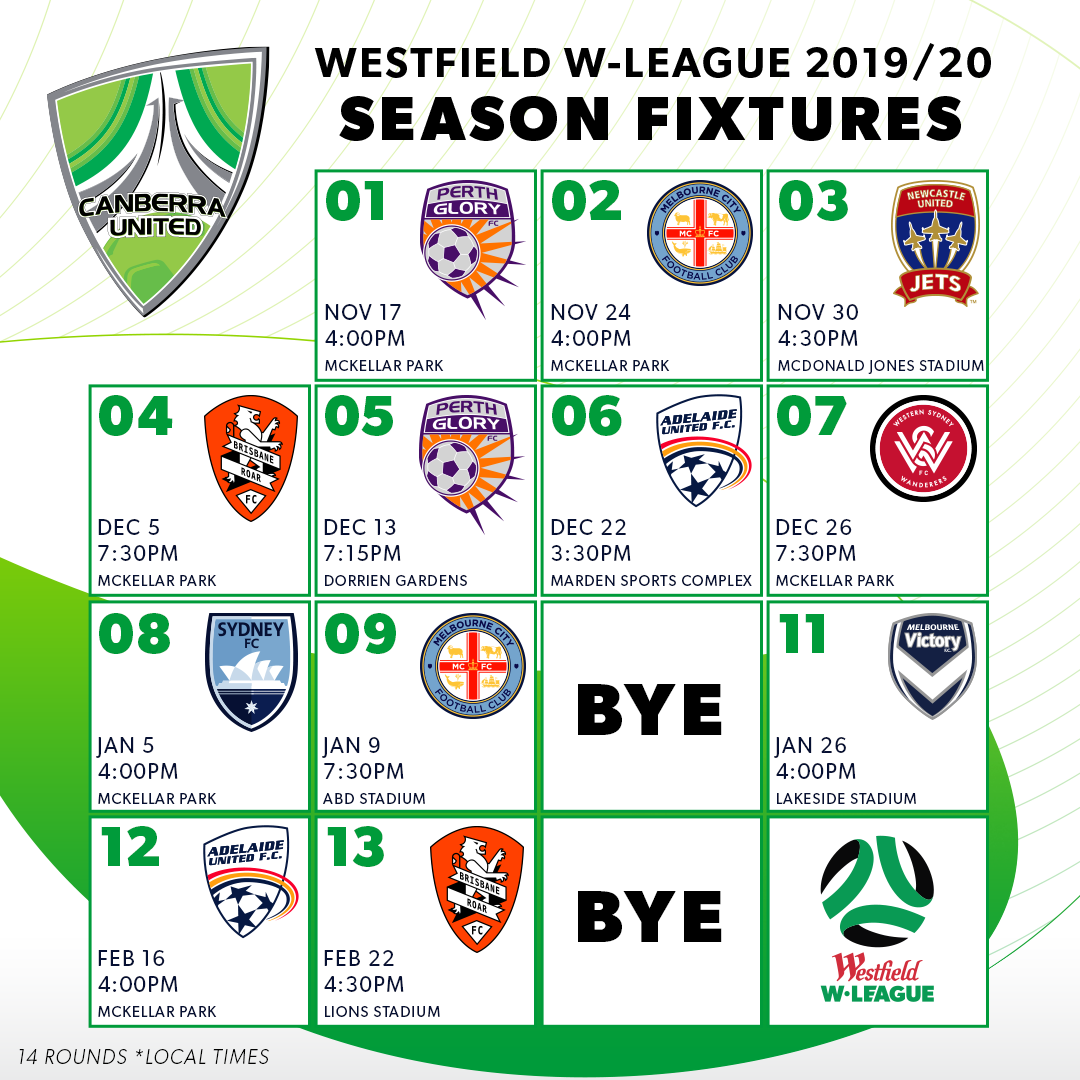 To download the calendar straight to your phone, click one of the links below:
Google Calendar
Outlook Calendar