Moments after being offered her first-ever football contract by Canberra United coach Heather Garriock, Bek Horsey called her work back in Brisbane to tell them that she quit.

In just a week, she went from being a high school teacher in Brisbane to Canberra United footballer after heading down to the nation’s capital for a week-long trial.

“Heather had offered me to come down and take part in a two-week trial but I could only get one week off work,” Bek said.

“After an inter-squad game on my last day, she offered me a contract and I had to call work and essentially quit on the spot.

“I felt bad because I knew it was difficult for the other teaches to cover for me. It was a tough phone call.”

But despite how tough the phone call was, playing for Canberra United was an opportunity Bek could not pass up.

“I have worked really hard to get to this position, so I couldn’t let an opportunity like that pass me by,” she shared.

“Especially at 27-years-old, I am not so young anymore so this could be the last chance I get.

“I love teaching but I don’t regret that decision at all.”

Bek flew back to Brisbane that day to pack her bags in preparation of moving to Canberra, and to say goodbye to her colleagues on Monday.

The following day, she drove to Canberra to begin her new career as a footballer.

“It is a bit strange to be honest,” she said. “Football is now my primary income and it is what I do every day.

“I tend to have a bit more time on my hands compared to being a teacher so I sometimes struggle to find things to do.”

Keeping her expectations in check, Bek said her goal was to play at least one game for Canberra United. So she was stunned when Heather named her in the starting XI during last weekend’s match against Jets.

“I am not a fancy player but I am simple, stick to the game plan and do what I am good at,” she said. “I didn’t feel out of place on the pitch against Jets, but it did feel strange to be out there.”

The starting debut was made even more special when her parents came down from Brisbane to watch her play.

“They tried to surprise me but my mum kept asking me if I was playing during the week,” Bek said laughing.

“So I had gathered that they were coming and then my sister told me. It was nice to have them there at my first full game.

“They were very proud.” 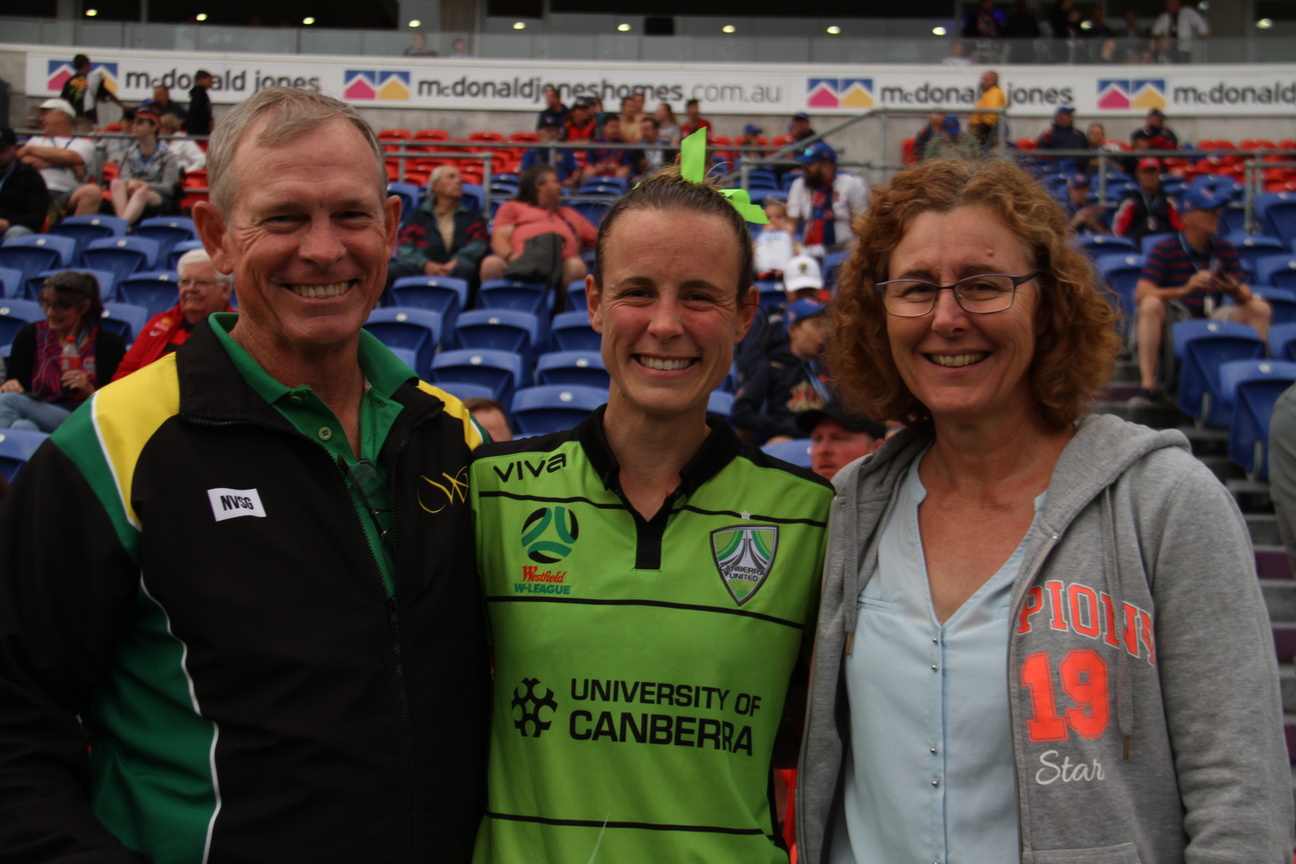