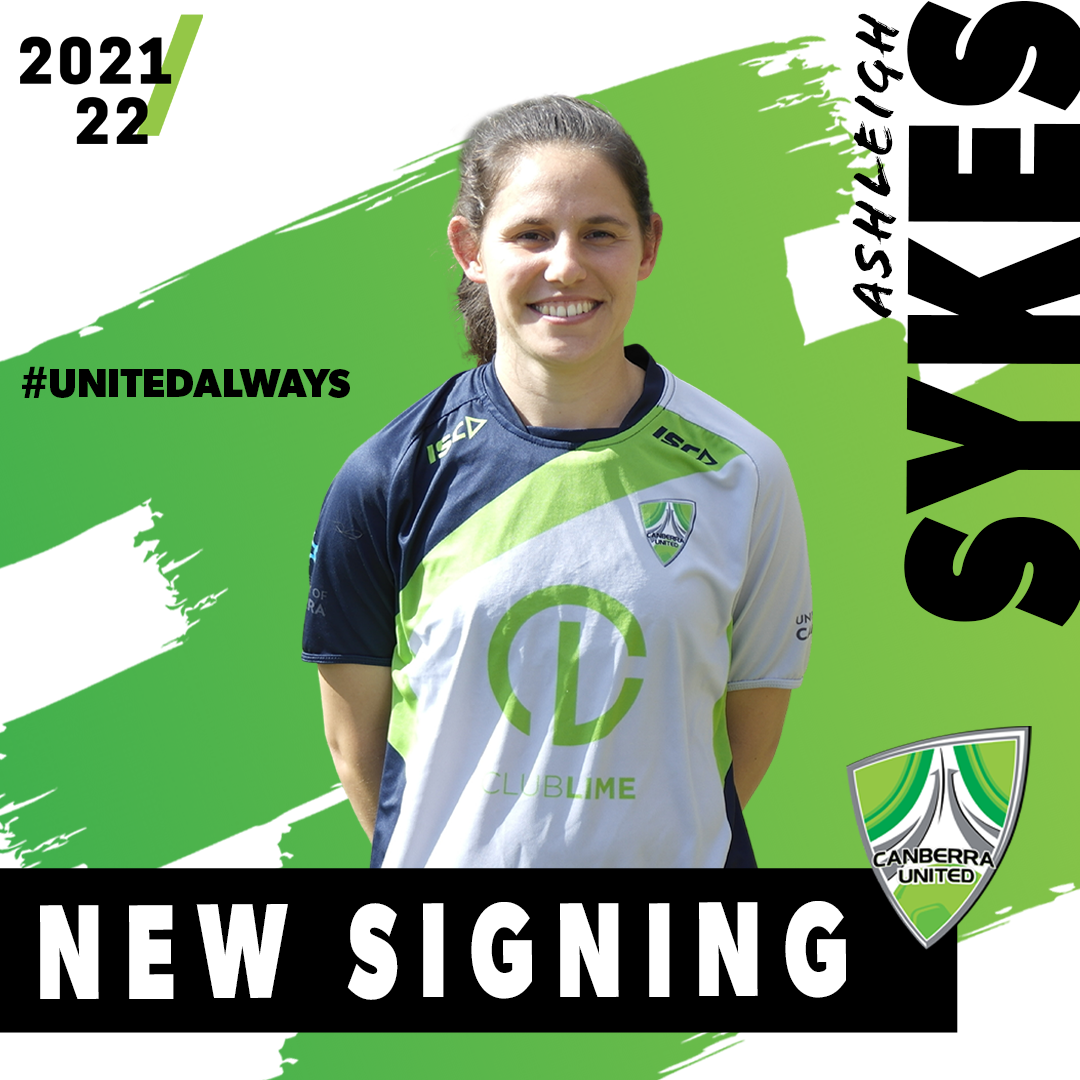 Canberra United is thrilled to announce the signing of the most capped player in United’s history, Ashleigh Sykes for the 2021/22 A-League Women’s season.

Sykes has made 113 appearances for Canberra United, scoring 41 goals over 11 seasons, which included three Premierships and two Championships.

Sykes said she is excited by the challenge of her comeback to the A-League Women’s and looks forward to pulling the United jersey on once more. “I found my love for football again playing with my club team Canberra Olympic this past winter season,” Ash said.

“The players and coaches made it fun, and reminded me how much joy can be found on a football field. I’m hoping to get similar enjoyment from playing for Canberra United again, it’s always been my experience here and the team have made me feel welcome.

“I missed the feeling of competing every day with your teammates and for spots on the team. I love the challenge that this comeback presents. Getting match fit and back up to the standards that the A-League Women’s demand is my driving force at the moment.

“It’s always a privilege to wear the Canberra United jersey and play for this club. I’m super excited by the opportunity from Vicki and the club to have me play for them. I hope to make an impact for the team and add some more firepower to our already talented attacking stocks.”

Canberra United Head Coach Vicki Linton said she is very pleased to have signed Ash for a number of reasons.

“Ash is a quality player with so much experience and has been a massive part of this club from day one,” Vicki said.

“I had the chance to work with her in my time with the Matildas and to be able to reunite with her here at club level is such a nice opportunity. Already she has shown her ability and intelligence as a player and she will no doubt have a positive impact for this team with her performances in games but also with her mentality and the culture she can bring in training. I am really glad she has this chance to come back and compete at a high level again and enjoy her football.”