The former Canberra United star – who made 39 appearances and scored nine goals across three seasons – posted a heartfelt message on Twitter saying she hoped to inspire the next generation of players by sharing her experiences.

“At first, I did not want to do an official retirement announcement as so many players do,” Ochs wrote.

“I have known for some time now that I was not going to continue playing, but I think I needed to let it digest before even saying it aloud to myself.

“As athletes, we are not really wired to quit … when you have dedicated so much, and have made endless sacrifices for this one dream, giving it all up seems impossible.”

Ochs, who also enjoyed stints in her native United States with NWSL clubs Washington Spirit, Houston Dash and North Carolina Courage, added that she was first inspired to take up the sport after watching the US Women’s National Team win the 1999 FIFA Women’s World Cup.

“Watching these incredibly talented women play a sport inspired me to do the same,” she wrote.

“When I started playing, I didn’t know I’d eventually play professionally, or even collegiately … I only cared about how it made me feel. This concept is something I will carry with me for the rest of my life. 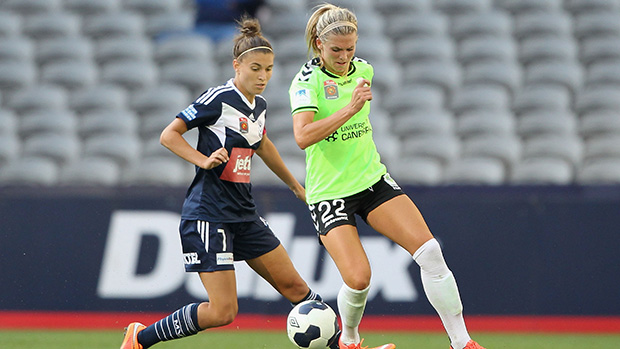 “To me, there is nothing more important than doing what you love, and following your passion … nobody forced me to play and nobody pushed me in one direction or another. I just wanted it, in the most organic way possible.”

Ochs, who represented her country at Under-23 level, struck up a lethal understanding with Canberra’s Ashleigh Sykes and Westfield Matildas striker Michelle Heyman when they won the 2014-15 Westfield W-League Grand Final.

She then missed the following season after suffering an ACL injury before returning again for the 2016-17 season where she helped guide the club to the Premiership.

“My life was changed completely by soccer in ways I can’t even begin to describe,” Ochs wrote.

She added: “There are countless incredible moments that I will never forget … I will be forever grateful that soccer brought these incredible friendships into my life.”