Canberra United are partnering with ActewAGL and The Salvation Army to help make it a very happy Christmas for families in need this Christmas.

On Tuesday, Canberra United players and representatives from ActewAGL and The Salvation Army officially opened their 2018 Toy Drive, which will aim to provide families less fortunate with sporting gifts and toys this Christmas time.

Speaking from the launch, Canberra United captain Rachel Corsie spoke of the importance of the community and giving back to them.

“The Canberra community support us so well as a club, and it’s important that we give back to them when we can,” Corsie said.

“Ensuring that families in need can have an enjoyable Christmas and that their children have something under the tree on Christmas day is a great way to do that.” 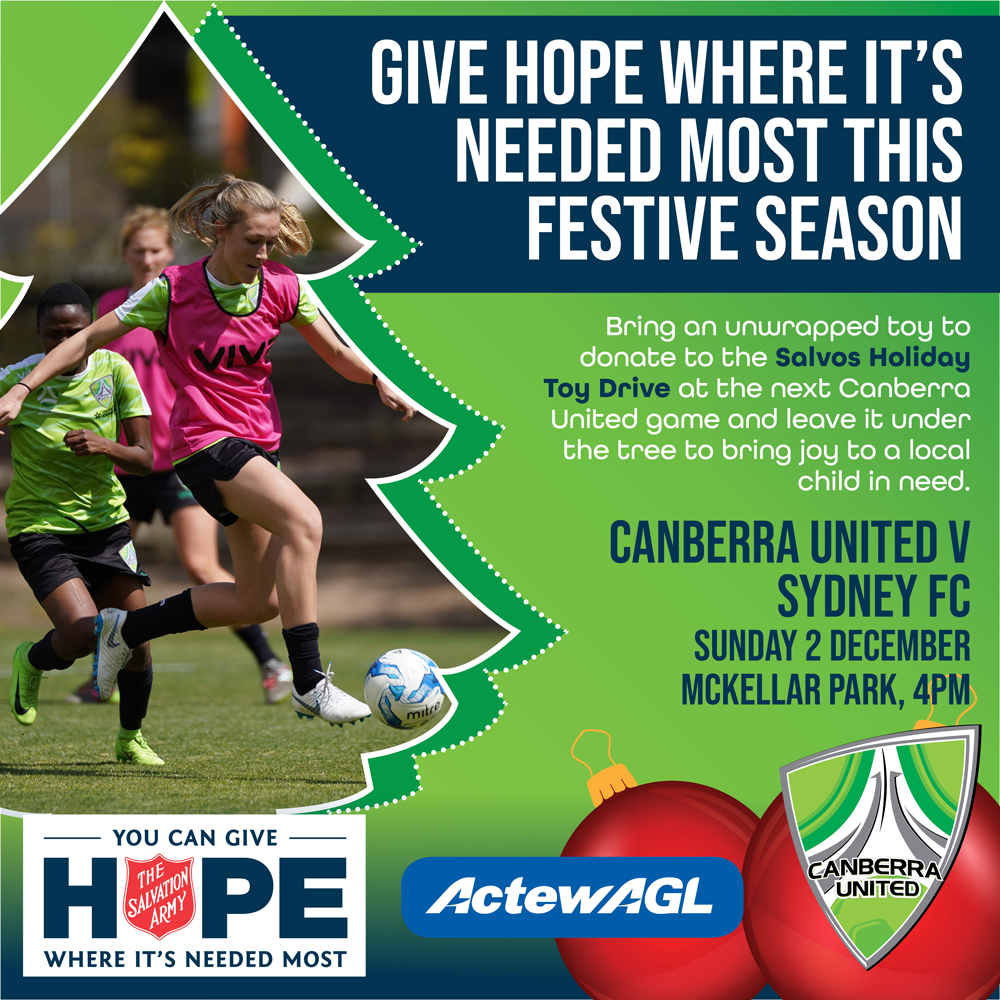 When Canberra United take on Sydney FC in Westfield W-League round five, presented by ActewAGL, a Giving Balloon tree will be displayed at McKellar Park where supporters can donate toys to be distributed as part of the drive.

That game takes place this Sunday at 4pm, but gates will be open from 3pm and supporters are encouraged to arrive early to ensure they do not miss any of the game.

Corsie encouraged Canberrans to get out to the game on Sunday and support not just Canberra United but the community as a whole.

“This is a great chance for all of us to support the Canberra community through sport and coming together.”

You can make a difference to someone else’s Christmas this weekend by bringing an unwrapped toy or gift and placing it under the balloon tree at McKellar Park. Have a look below at some of the ideas of what to bring!

Tickets are on sale now for Sunday’s match, presented by ActewAGL.