Canberra United has suffered a 3-0 loss to Melbourne Victory at Lakeside Stadium on Australia Day, ending their finals chances.

A first-half double from Melina Ayres and a header from Natasha Dowie helped Melbourne claim their fourth straight victory and knock Canberra United out of finals contention for the 2019/20 Westfield W-League season.

Coach Heather Garriock’s side started strongly and held their own against Melbourne Victory, but it all came undone in a matter of seven minutes.

Darian Jenkins, who was a constant threat in the opening half an hour, provided a great cross to the back post for Melina Ayres to put away to give Victory the lead.

Just seven minutes later, Victory and Ayres had a double after Natasha Dowie found the midfielder in a pocket of space, whose unerring finish found the bottom corner past a diving Sham Khamis.

Garriock threw on Leena Khamis, Olivia Price and Ashlie Crofts in the second half in an attempt to get back into the game, but despite extended pressure from the away side, Victory put the game to bed in the 76th minute through Natasha Dowie.

Garriock said the entire team was gutted by the result. 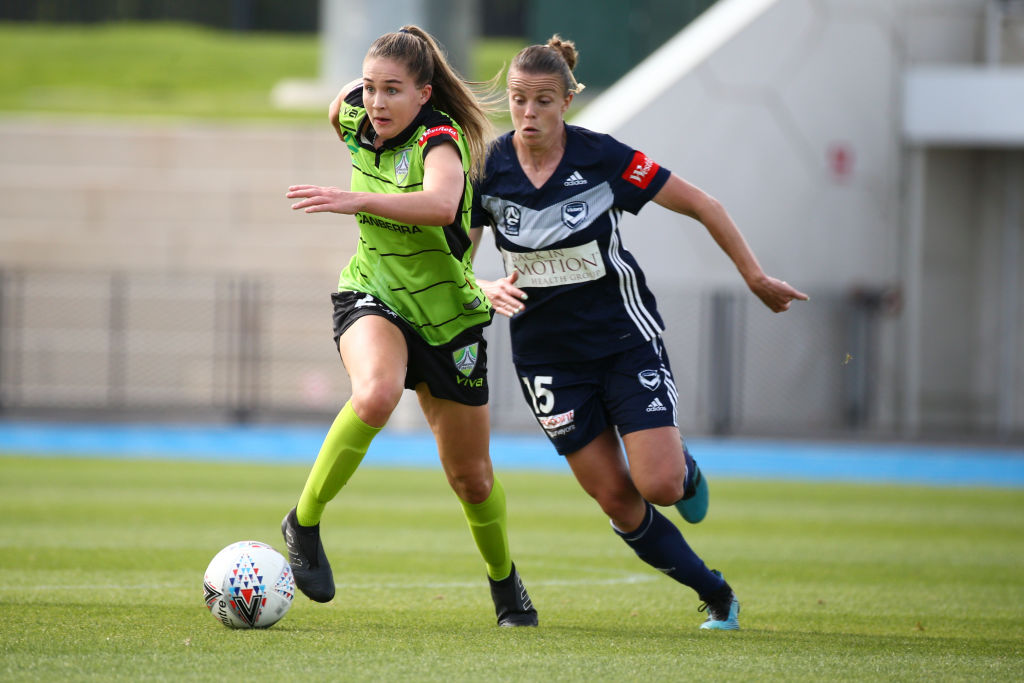 “I want us to win and the team wants us to win, but we just weren’t good enough,” she said.

“We weren’t converting our final passes, especially in that first half and we were allowing them opportunities. We competed well in the first 30 minutes and executed our game plan but the moment we conceded.

“The defining thing on Sunday was to be clinical. They were clinical.

“Both those chances in the first half were half chances, I thought Melina Ayres put them away exceptionally well. We couldn’t get back in the second half and we weren’t clinical, we missed opportunities.”

Canberra United now turn their attention to their home match against McKellar Park against Adelaide United on 16 February.

Garriock said it is vital that Canberra finishes the season strongly and repay United fans.

“The most important thing is to continue our culture and character, which is our foundation, and play good football for our fans,” Garriock said.

“While we aren’t in finals, I think it’s still important to come out and support us. All the players are going to play right until the last game in Brisbane.”