Canberra United suffered a 4-0 loss to Sydney FC in front of 1,473 fans at McKellar Park on Monday night.

Two goals in either half from Remy Siemsen, Veronica Latsko, Chloe Logarzo and Sofia Huerta handed United their third consecutive 4-0 loss of the Westfield W-League season.

Canberra United started brightly, with Simone Charley and Nikola Orgill causing havoc down the right wing. Elise Thorsnes playing in midfield was a masterstroke from coach Heather Garriock, as the Norwegian pulled the strings for United in the opening 10 minutes.

Sydney FC worked into the match and after a flurry of chances, took the lead from a freekick in the 17th minute. After a great ball into the box, Siemsen rose highest and guided her header into the side netting past a stand-still Sham Khamis.

United didn’t drop their heads and had a brilliant opportunity just three minutes later. After Orgill and Charley combined down the right yet again, Leena Khamis laid the ball off to onrushing Thorsnes, whose left-footed shot was saved by a diving Aubrey Bledsoe. 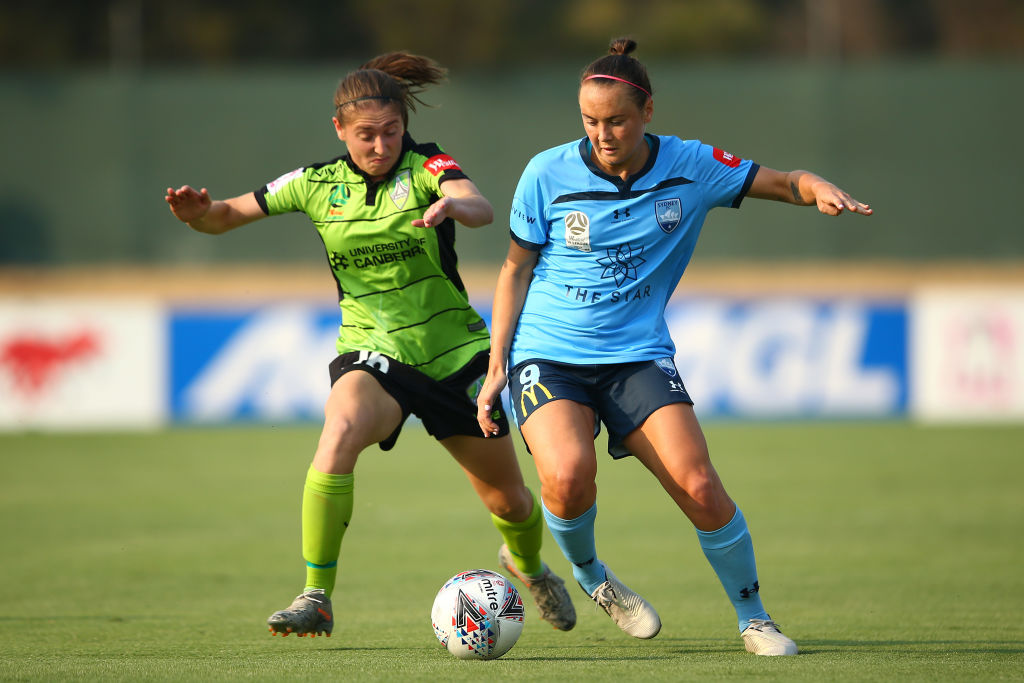 Against the run of play, Sydney FC extend their lead in the 32nd minute, thanks to Veronica Latsko, whose shot from outside the box lashed past Khamis in goals. The ladies in Sky Blues again put the ball into the back of the net just minutes later, but United was saved by the offside flag.

Youngster Hayley Taylor-Young was thrown into the side during the half time break, replacing the Brazilian Camila.

Three minutes after the break, United’s defence was breached again after a sensational effort from Chloe Logarzo. Caitlin Foord drove the ball across the six-yard box before Logarzo flicked the ball over Khamis with her heal.

Despite launching the ball forward time and time again, Sydney kept United at bay and dominated the midfield battle, before adding a goal of their own.

A nice ball from Foord found an unmarked Sofia Huerta at the edge of the box who slotted the ball home for Sydney’s fourth. 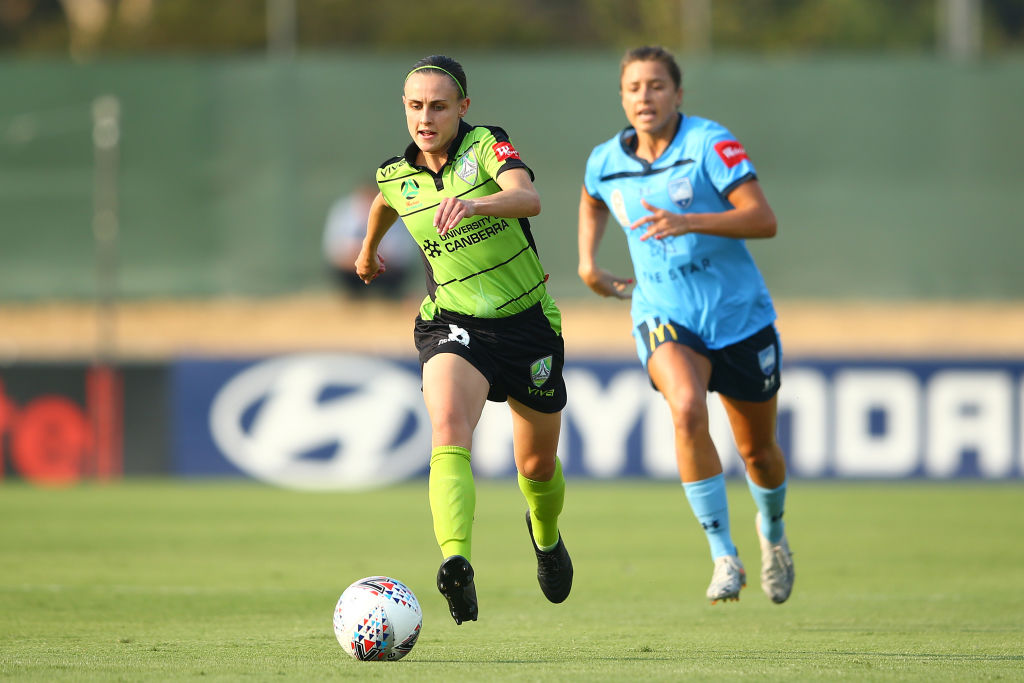