CU at the World Cup | Matchday 2

With all groups having completed two matchdays and Group A & B even wrapping up their matches, check below for all the details about how Canberra United’s international stars fared on matchday two at the FIFA Women’s World Cup in France.

After a loss to Italy Australia’s World Cup campaign looked in tatters as they went two goals down to heavyweights Brazil in the first half. But in true Aussie spirit, the Matildas fought back to steal a stunning 3-2 win and put their campaign right back on track ahead of a matchup with Jamaica. Ellie Carpenter again played a starring role at full-back, while Canberra United’s newest World Cup squad member, Karly Roestbakken, made her international debut in stoppage time.

The Matildas will meet Jamaica at 5am (AEST) on Wednesday morning.

Following an opening round loss to Spain, South Africa fronted up to take on China PR with Refiloe Jane in midfield and Rhoda Mulaudzi on the bench once again. China were by far the stronger team and had plenty of chances but could only convert on one occasion, and Jane was substituted with eight minutes to play as the South Africans had their chances at the tournament all but dashed.

Scotland were looking to rebound from an initial loss to England and came up against one of the tournament favourites in Japan, a tough task on paper. Rachel Corsie once again lead her team out on the field with the armband but it took just 23 minutes for the Japanese to get their first goal through Mana Iwabuchi. 14 minutes later it was 2-0 thanks to Yuika Sugasawa, and the Scots nabbed a late consolation through Lana Clelland.

Scotland’s final game final group game is against Argentina at 5am (AEST) on Thursday morning. 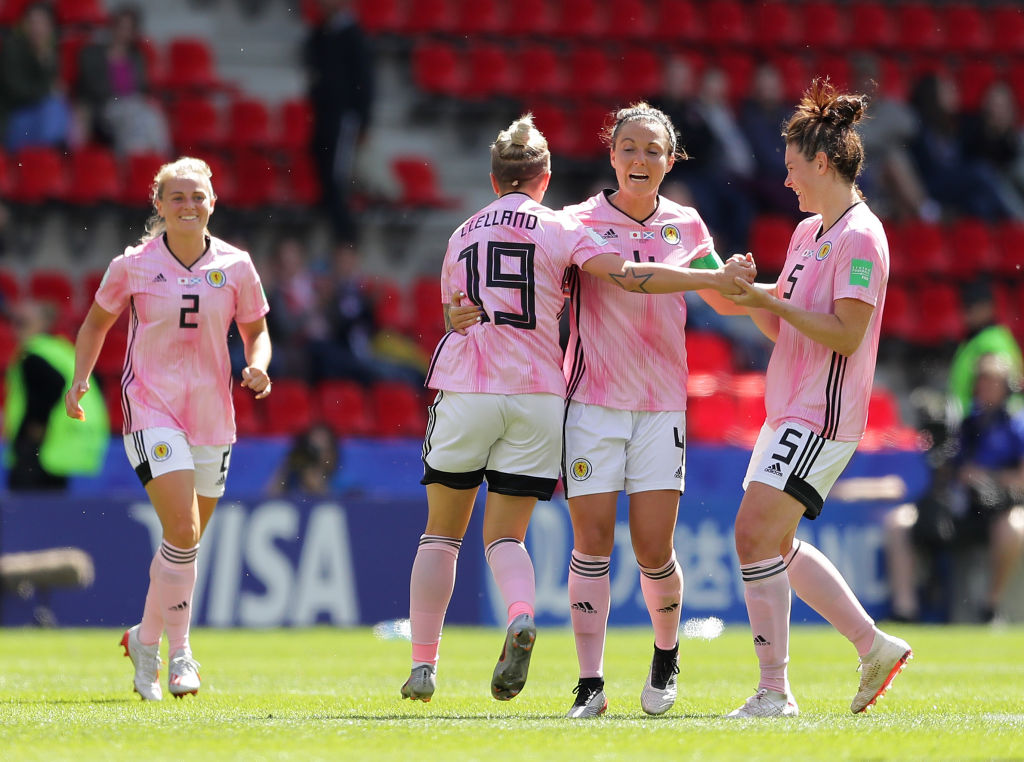 Chile were always going to face a tough task coming up against the all-conquering USA side, and it took just 11 minutes for Carli Lloyd to put the Americans in the lead at the Parc des Princes. Cote Rojas was again an unused substitute in the 3-0 loss, but Christiane Endler had a superb game in goals for her side despite Lloyd scoring again on the other side of Julie Ertz’ 26th minute strike. Chile are not eliminated yet but will face a battle to be one of the fourth best third-placed sides that progresses.

They take on Thailand in their remaining group stage match at 5am (AEST) Friday.