It might have only been two weeks since Elise Thorsnes touched down in Australia, but you wouldn’t be able to tell based on her blistering form in the Westfield W-League.

Thorsnes has returned to the nation’s capital with a bang, scoring two goals in as many games including an absolute pearler in Canberra United’s last outing.

The Norwegian striker has now scored eight goals in her 11 Westfield W-League games, having previously played for United in the 2017-18 season.

Despite her dominance on the field, Thorsnes said she has only started to feel back to normal during the last couple of days.

“I have been a bit jetlagged but now I am starting to feel better,” Thorsnes said.

“Heather knows me well and she knows what I bring to the team so I just try to do my best and score goals.

“I have had a great start scoring two goals so hopefully I can score again against Perth.”

United are looking to bounce back after their loss to the Brisbane Roar last Thursday night, hoping their longest road trip of the season will help them find consistent form. 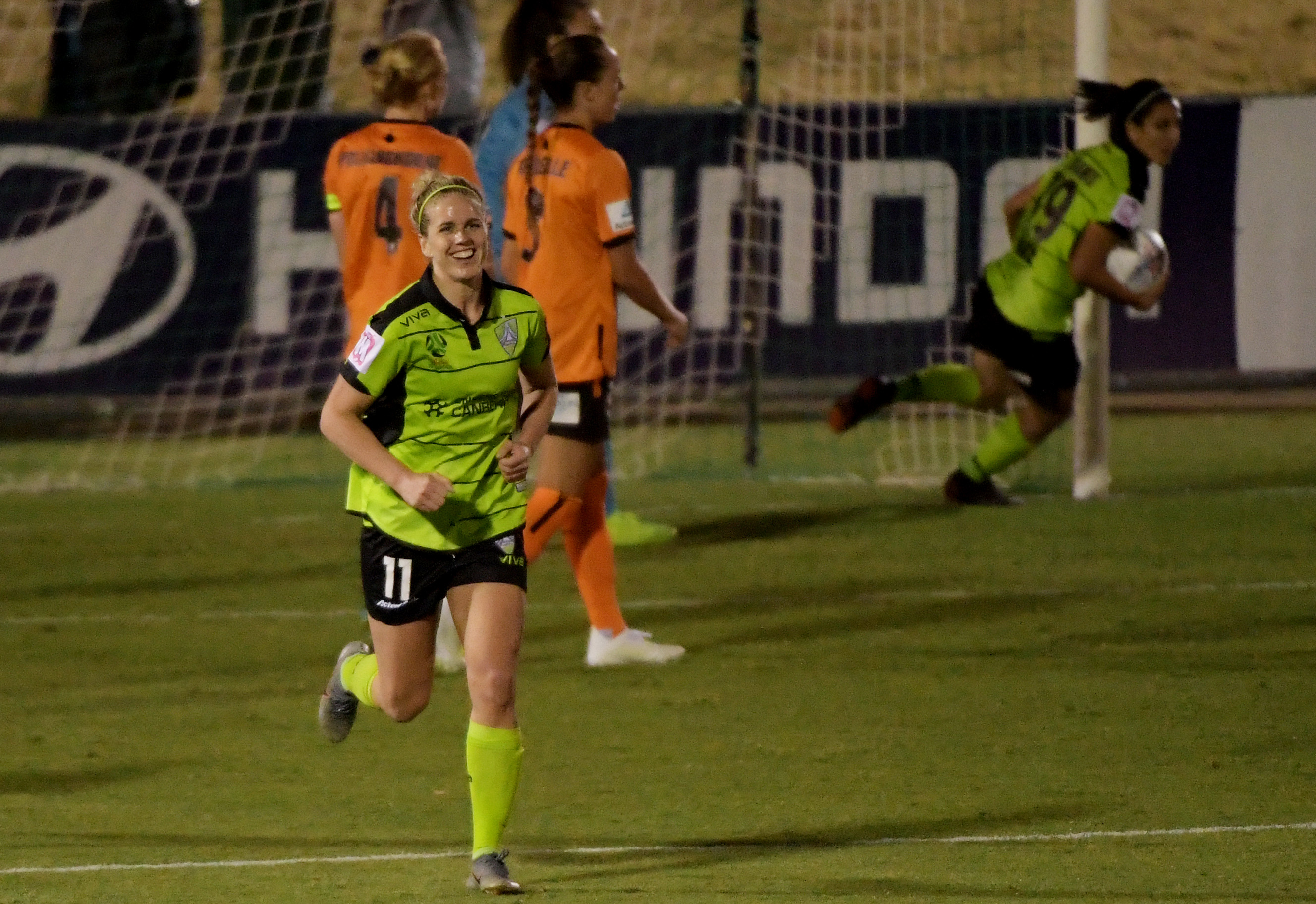 “We need to be confident and play together as a team,” Thorsnes said. “Those are the most important things.

“Our goal is to win games, so I think we need to believe in ourselves. We know that we have a lot of good players so we just need to get our confidence up.”

United beat Perth in the opening round of the Westfield W-League season, but the Glory now pose a different threat after the arrival of their international stars.

Thorsnes believes the key to getting the result on the road is confidence.

“I remember playing against Perth two years ago and I scored a goal,” she said. “I have been watching a few of their games on the internet and I think they are a team we can beat.

“In the game against Perth we need to pick our game up and show that we are a better team.”