Football Federation Australia (FFA) has brokered a deal with FOX SPORTS and ABC TV that will see the Westfield W-League broadcast on both networks for the 2015/16 season in a significant boost for women’s football in Australia.

FOX SPORTS and ABC will both show a LIVE broadcast of the match of the round, to be staged as double headers with the Hyundai A-League match on Sunday afternoon.

The first broadcast match will see defending Westfield W-League Champions Canberra United take on Brisbane Roar at Suncorp Stadium on Sunday 18 October. Kick off for all matches is 2pm.

The new broadcast arrangement gives Australia’s female players the broadest television exposure in the eight-year history of the Westfield W-League.

“This is a fantastic step forward for women’s football in Australia and FFA would like to acknowledge the cooperation of FOX SPORTS and the ABC in working together to bring the broadcast to life,” said FFA CEO David Gallop.

“The growth of the Westfield W-League is a crucial component in our long term strategy around women’s football and we will move into the 2015/16 season with coverage on FOX SPORTS as well as free to air TV.

“The Sunday broadcast match will be a double header with the Hyundai A-League match and form part of FOX SPORTS’ Sunday afternoon football coverage, another step in growing the exposure around women’s football.” 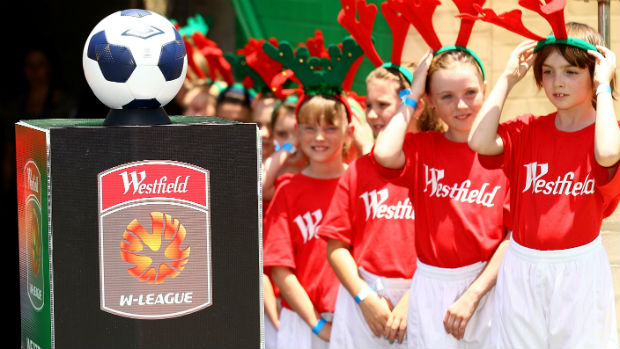 “It’s a fantastic outcome for women’s football in Australia and will be the perfect complement to our live Sunday afternoon Hyundai A-League coverage.

“Football fans will now be able to watch the best male and female footballers in the country each week on FOX SPORTS.”

“The W-League is a great addition to FOX SPORTS’ unrivalled football offering which includes every match of the Barclays Premier League and Hyundai A-League, every Socceroos’ World Cup qualifier plus live coverage of the FFA Cup and AFC Champions League,” Mr Delany concluded.

The double-header arrangement, which makes use of FOX SPORTS’ Hyundai A-League broadcast facilities, has created the opportunity for the public broadcaster to bring the coverage to free to air audiences.

ABC’s Director of Television, Richard Finlayson, said the combination of the double-header solution and the support of the FFA had made it possible to bring the W-League back to the ABC.

“Thanks to creative thinking and great collaboration between the FFA, FOX SPORTS and the ABC, the growing sport of Women’s football will be available to fans and audiences around Australia on both subscription and free to air TV,” Finlayson said.

The “Match of the Round” broadcast fixtures for the first 12 rounds are locked in with a decision to be made on the broadcast games for the final two rounds (10 th  and 17 th  January 2016) in late December to ensure the big end of season matches are on television.