Canberra United Head Coach Heather Garriock has commended her side following their narrow loss to Melbourne City at McKellar Park on Sunday afternoon.

With the score locked at 1-1 deep into stoppage time, City midfielder Yukari Kinga was brought down inside the penalty area, allowing Emily van Egmond to step up and net the resulting spot kick to seal all three points for the visitors.

Canberra entered the match as heavy underdogs against a City side with over 600 caps of international experience and featuring six Westfield Matildas.

But Garriock’s side pushed the three-time Westfield W-League champions all the way, with van Egmonds 94th minute penalty proving to be the only difference between the two sides.

“I’m just so proud of the team,” Garriock said following the match. 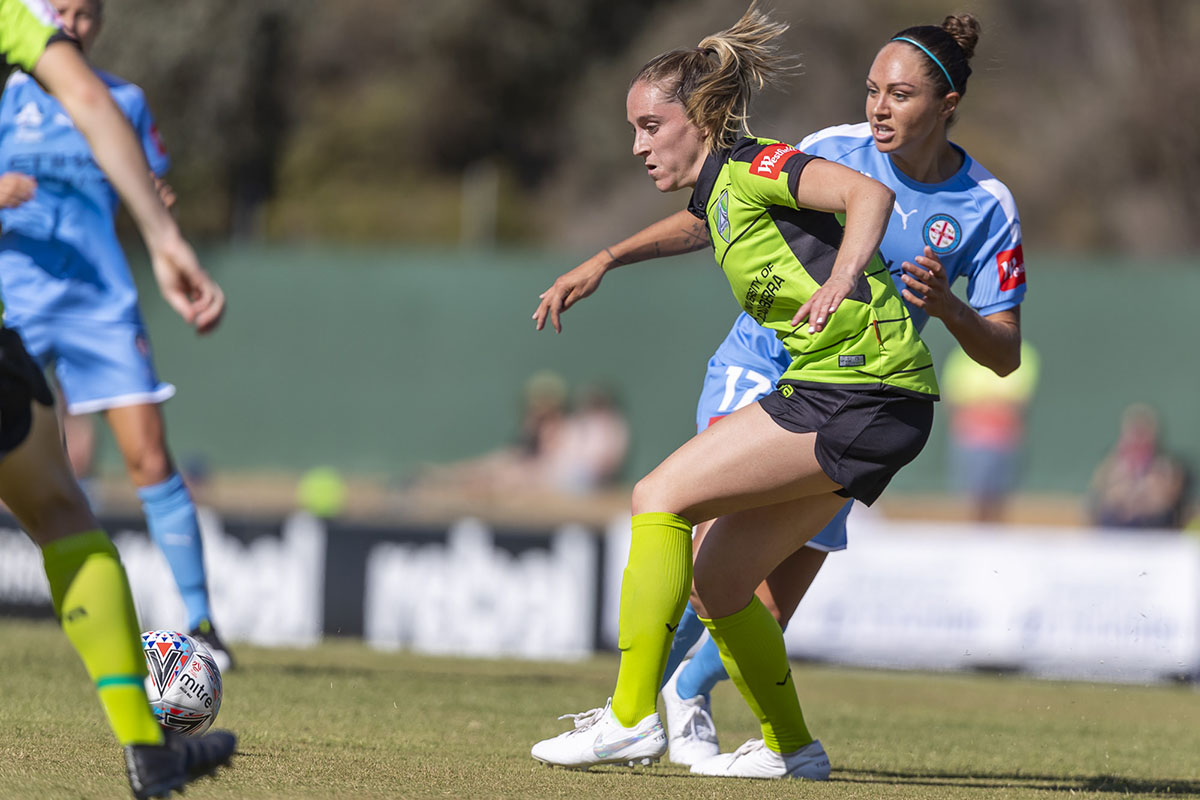 “We’re disappointed to lose the game [on Sunday] to a star-studded Melbourne City, but we’re walking away with a lot of positives and with our head held high.

Garriock also praised the way her team executed the game plan throughout the match.

“Structurally, we kept City in front of us, our plan was to make them play as many passes and as many negative passes as possible,” Garriock said.

“We knew we’d get out possessed but we knew our transition moments would be lethal and they were today.

“It’s a credit to the players really buying in to what we’re trying to do this season, and it was evident out on the park.”

City were dominant in most of the key stats, almost doubling Canberra in terms of possession and recording 11 more shots on goal. 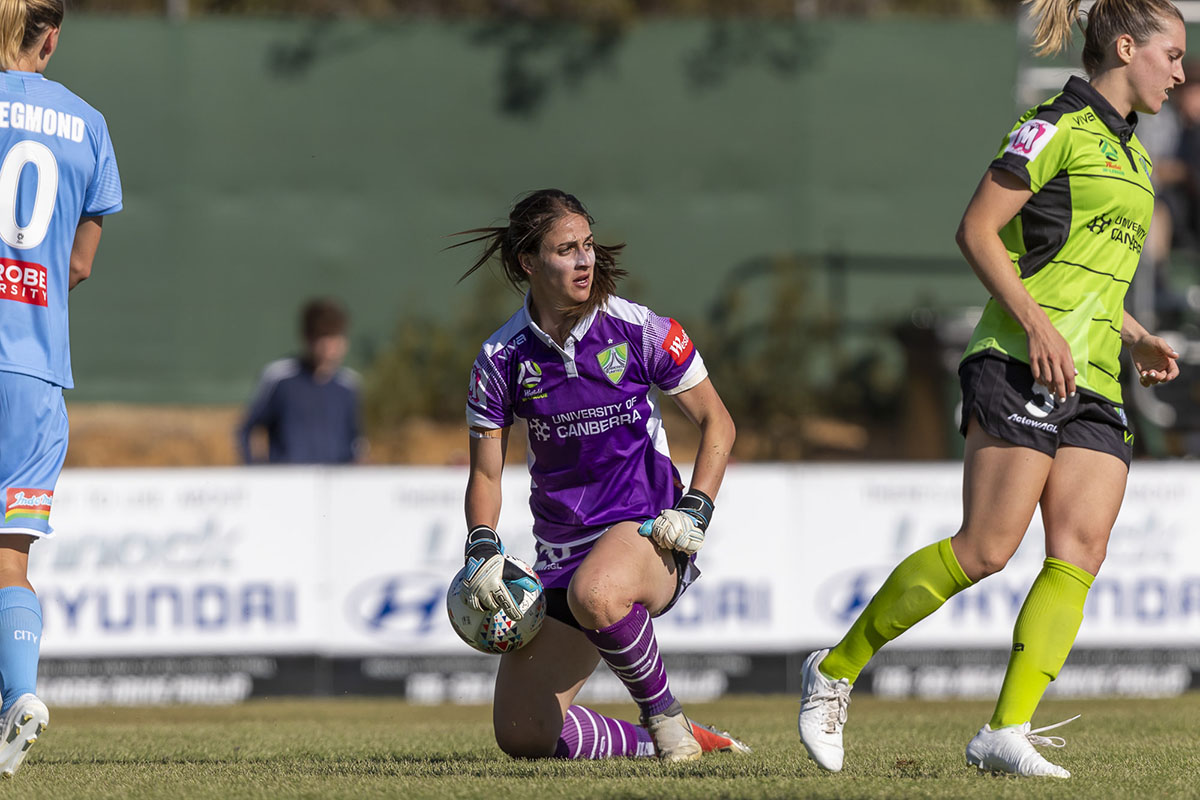 But Garriock’s squad had plenty of late chances to win the game themselves, with Simone Charley denied by the woodwork in the 70th minute, while Ashlie Crofts and Rebekah Horsey both had shots sail just wide of the goal.

“With five minutes to go we missed some chances that normally we’d score nine times out of 10,” Garriock said.

“But in the first half we defended really well and in the second half we created a lot more opportunities, so I’m more pleased with the second half.”

Garriock and her side will look to bounce back when they travel to Newcastle to take on the Jets next Saturday.