Canberra United have kept their unbeaten home record alive with a dominant win over the previously undefeated Brisbane Roar. A three goal first half coupled with an incredible defensive effort keeps the side firmly in the hunt for finals football.

United started the game off strongly, controlling the opening stages. Capitalising on their early dominance, United found the opener through Nicki Flannery with the winger continuing her goal scoring run.

A dangerous cross from Grace Maher was controlled by Flannery before she poked the ball past Morgan Aquino.

Canberra’s backline proved to be difficult for Brisbane to break down early on, with Kendall Fletcher consistently shutting down the opposition attacks.

Minutes later, and United would be in again as Michelle Heyman equalled Sam Kerr on the Westfield W-League all time goal scoring charts.

A wonderful ball over the top from Lauren Keir fell to the feet of Heyman, and the legendary striker made no mistake in slotting the ball past the onrushing Aquino, putting her name back into the history books.

United dominated the rest of the half with more solid defensive work plus some incredible saves from Keeley Richards in goals. 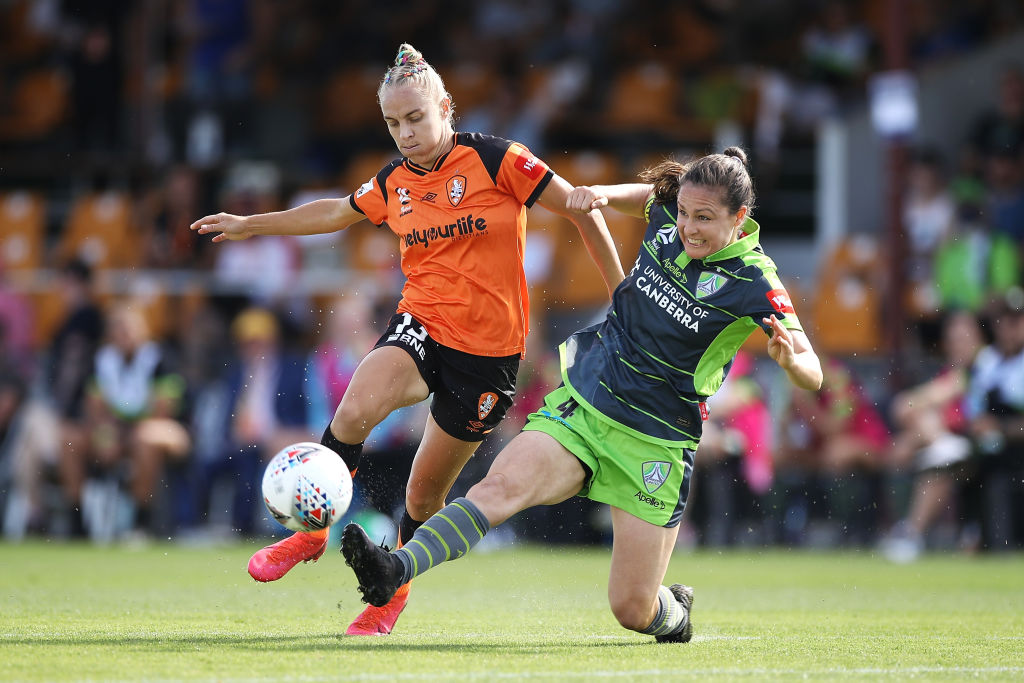 Unfortunately, they would not be able to keep the clean sheet as the visitors pulled one back. Getting on the end of a well-placed free kick, Emily Gielnik headed the ball home past Richards to reduce the deficit right before the break.

Brisbane came out firing in the second half as they immediately looked to make up the gap on the scoresheet.

Leticia McKenna saw an early shot go just wide of the goal and would later hit the crossbar with a long range effort.

Just after the hour mark, United put the game out of reach for the visitors, with midfielder Bianca Galic scoring another long range stunner for the side, her first in the Westfield W-League.

Running through the midfield, Galic decided to let fly from 40 yards out and saw her effort sail into the top corner beyond the reach of Aquino.

Brisbane could have easily had more goals had it not been for some incredible efforts in the Canberra backline.

With the game nearing its conclusion, Brisbane were through on goal only to be denied a great one on one save from Richards which was then backed up by a spectacular goal line clearance by Fletcher.

Brisbane would fail to break through the defence again in the match, as United went one step closer to playing finals football with a dominant three goal win.