Heyman Makes History as United Win at the Death Once Again

A record breaking performance from Michelle Heyman was the highlight of a thrilling clash between Canberra United and Perth Glory. An injury time winner capped off a chaotic final few minutes as the legendary Heyman went two goals clear at the top of the Westfield W-League all-time goalscoring charts.

United came out of the blocks firing, creating plenty of early chances but missed the finishing touch. Grace Maher got on the end of a great ball from Paige Satchell but her shot went straight into the arms of Lily Alfeld.

Despite dominating the opening stages, it would take United until the 36th minute to find the first goal of the night. Heyman played an incredible pass through to Flannery, with the winger expertly placing her shot into the bottom corner.

It would not take Perth long to hit back however, as they levelled the scores in the shadows of half-time. Caitlin Doeglas collected the ball just outside the box and sent in a looping shot that found its way into the back of the net.

It was a much more even start to the second half as both sides battled for possession early on. Laura Hughes had the opening shot of the half from outside the box but her attempt missed to the right.

Not long after and United found themselves back in front with a cracking strike from Heyman. After her initial attempt was denied, Heyman regathered the ball on the edge of the box and looped it over the defenders and straight into the back of the net.

With that strike, Heyman wrote herself into the history books as the all-time leading goal-scorer in the Westfield W-League.

Once again, Perth would find a way to level the score with a second long range goal. Picking the ball up out wide, Kat Jukic advanced before sending a long range strike past Keeley Richards and into the back of the net.

With the scores level, and United desperately looking for a winner, a chaotic end to the game followed.

After being awarded a penalty when Heyman was brough down in the box, Kendall Fletcher stepped up but unfortunately sent her attempt into the post, the rebound out for a corner. 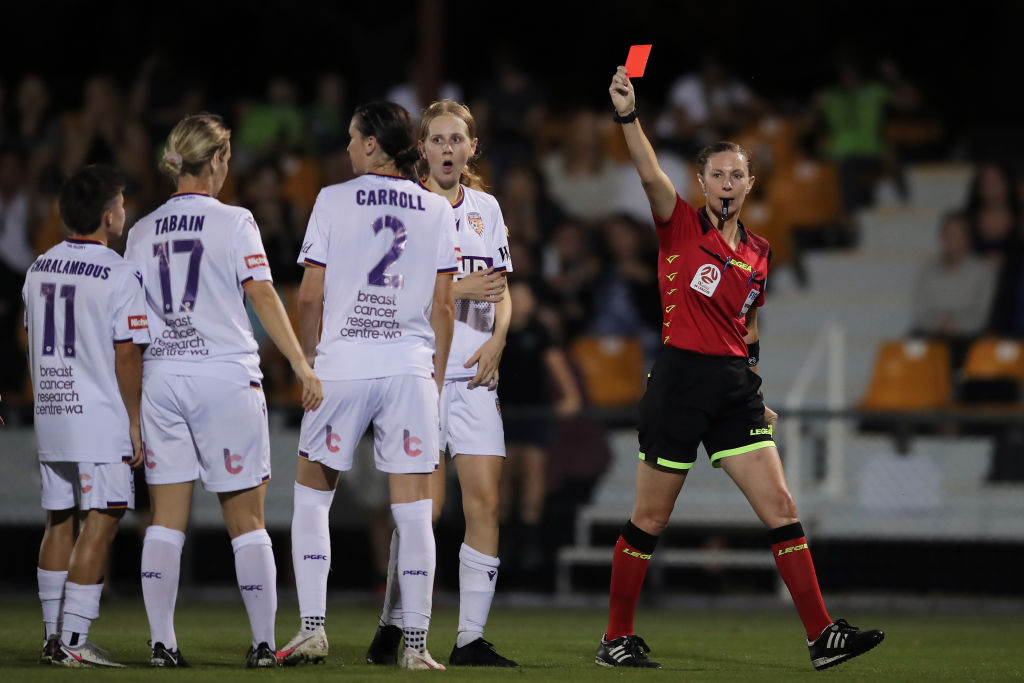 Off that corner, Sarah Carroll received her second yellow for a handball in the box and United got a second penalty in as many minutes. That attempt was also unsuccessful and it looked as if the game would be ending in a draw.

With injury time all but up, Heyman played a quick one-two pass with Demi Koulizakis, and fired the ball past Alfeld into the back of the net, sending the crowd into hysterics.

That would be the last action of the game as Canberra United pulled off a memorable win, with Michelle Heyman’s record breaking strike the highlight.