rebel Female Football Awards: All you need to know

The rebel Female Football awards will be held on Friday, recognising the incredible contribution by both women and men in football at all levels of the game in Australia.

Here’s all you need to know about the awards, nominations and all the different categories up for grabs at the prestigious ceremony.

What are the rebel Female Football Awards?

The rebel Female Football Awards recognise the role of women in our great game.

As well as highlighting work done by women at both Westfield W-League and Hyundai A-League clubs, it also shines a light on the unique stories and volunteers at Member Federation and grassroots level.

The rebel Female Football Awards are held annually on International Women’s Day as part of FFA’s continued commitment to growing the women’s game at all levels.

The awards recognise and acknowledge achievements made in women’s football over the past year and bring together all facets of the women’s game from a national through to grassroots level.

What awards are up for grabs?

There are a range of different awards that will be presented on the day, ranging from awards for the coaches and administration staff, to accolades for referees and fans at a community level.

Perhaps the most prestigious gong is the rebel Role Model Award, which was won last year by Western Sydney Wanderers goalkeeper Jada Whyman.

Female coach of the Year

Female Administrator of the Year

The 2018 Female Administrator of the Year was Lucy Kennedy from Melbourne City, with a stack of excellent nominations for this year’s prize.

Female Fan of the Year

Fans are a crucial part of football and last year’s Female Fan of the Year was Lucy Topp from Canberra United.

Male Champion of the Year

The final category is the Male Champion of the Year, which was Western Sydney Wanderers’ Wally Van Gool in 2018. 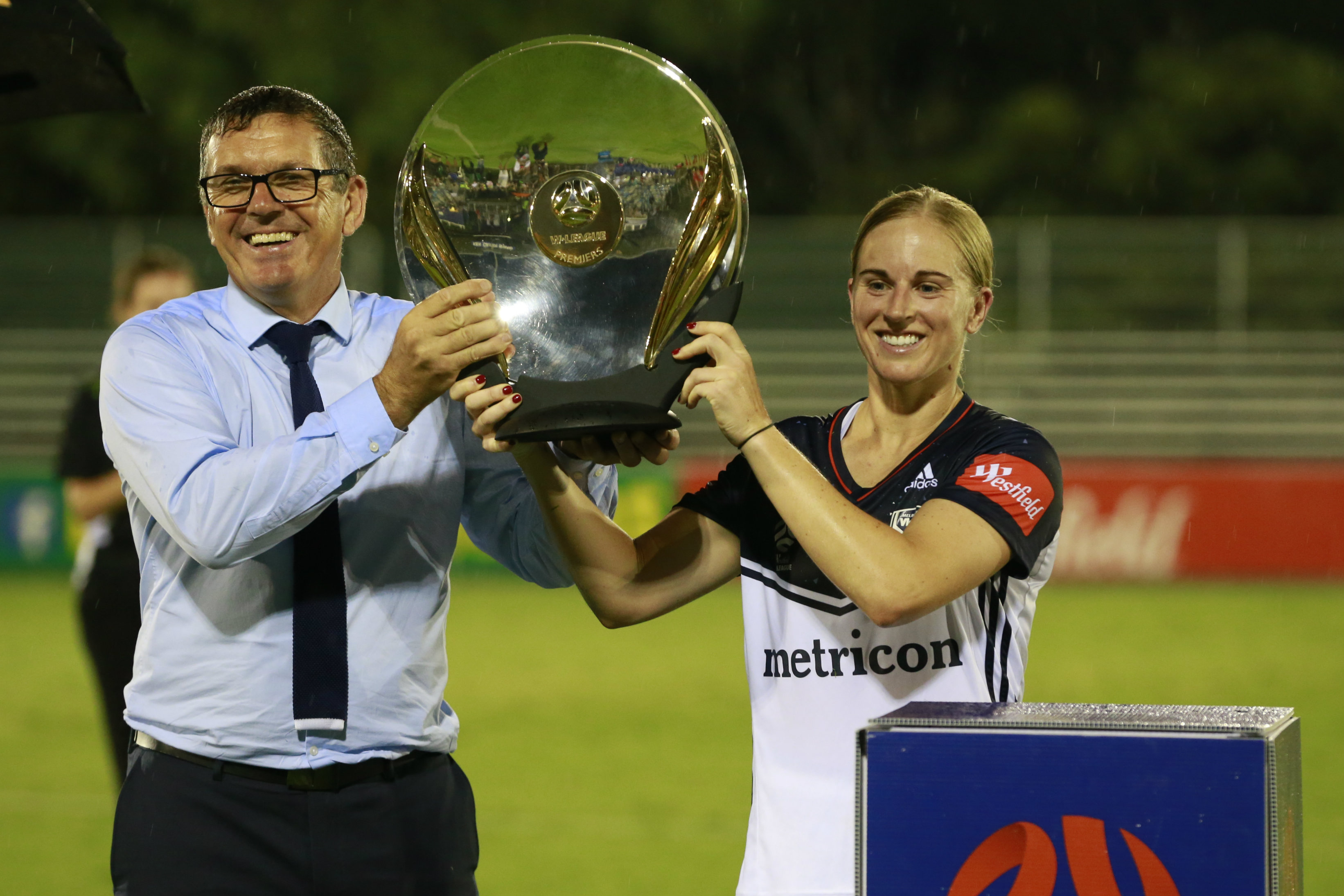 In the Member Federation Category there are a number of prestigious awards which highlight the outstanding work of so many people at all levels of the game.

Female Player of the Year

Female Coach of the Year

The Female Coach of the Year – won by Emma Zaymund from the Casuarina Football Club (Football Federation NT) in 2018 – is another hot category this year.

Female Administrator of the Year

This year’s nominees include Michelle Clarke (Football NSW) who is a secretary of the Kings Langley Football Club, Helen Doufos (FFSA) who is involved in management roles at Adelaide University SC, Kerry Gray (Football Queensland) who is a club president at Capricorn Coast, Greta Branxton FC’s club secretary Lauren Fairfull (NNSW Football), Bethwyn Wyatt is an administrator with Football West, Zainab Mohammed (Football Federation NT) who is a player, coach and administrator for the Football Without Borders club and Ashlee Good who is an administrator and president involved with Football Victoria.

Female Referee of the Year

After Capital Football’s Georgia Ghirardello took out the Female Referee of the Year in 2018, there’s another seven worthy nominees for this year’s gong.

Chloe Gray (Football NSW) has been an emerging referee from the MDF Referees Association for the last six years, Caitlin Troy (Football Queensland) is an impressive whistle-blower from Bundaberg, 21-year-old Jamie Van Dijk (FFSA) is one of the best referees in South Australia, Samantha Newell (NNSW Football) has just come through her first season in Newcastle’s Premier League, Alex Billeter (Football Federation NT) is a referee manager in the Top End, teenager Caleigh Ormerod (Football West) is doing great things in WS, while Lauren Riddel (Football Victoria) has been refereeing in Victory since 2013.

Male Champion of the Year

NNSW Football’s Leonard Allen from Garden Suburb FC was last year’s Male Champion of the Year, with five contenders for the award in 2019.

They are Lee McGowan (Football Queensland) who is a researcher who studied the rich history of women’s football in Australia, while Derryn Nix (NNSW Football) is a coach who promotes Girls only MiniRoos with Kyogle Soccer Club.

Bruce Stalder is the CEO of Football Federation NT and works closely with the Women and Girls Advisory Committee, Shane Cole has done some remarkable work with Football West, while Mick Da Silva is a Girls and Women’s Football Coordinator at Hornsby Heights Football Club (Football NSW).