Star goalkeepers Shamiran Khamis and Annalee Grove have become the latest duo to #GoGreen and sign with Canberra United for the 2019/20 Westfield W-League season.

Khamis is preparing for her second season with Canberra United, having joined the club from Sydney FC last year.

The experienced shot-stopper made an immediate impact at the club, as she was named Canberra United’s Players’ Player at the end of last season, and the 24-year-old is eager to build upon that success in the upcoming campaign.

“I’m really looking forward to returning to Canberra for another season,” Khamis said. 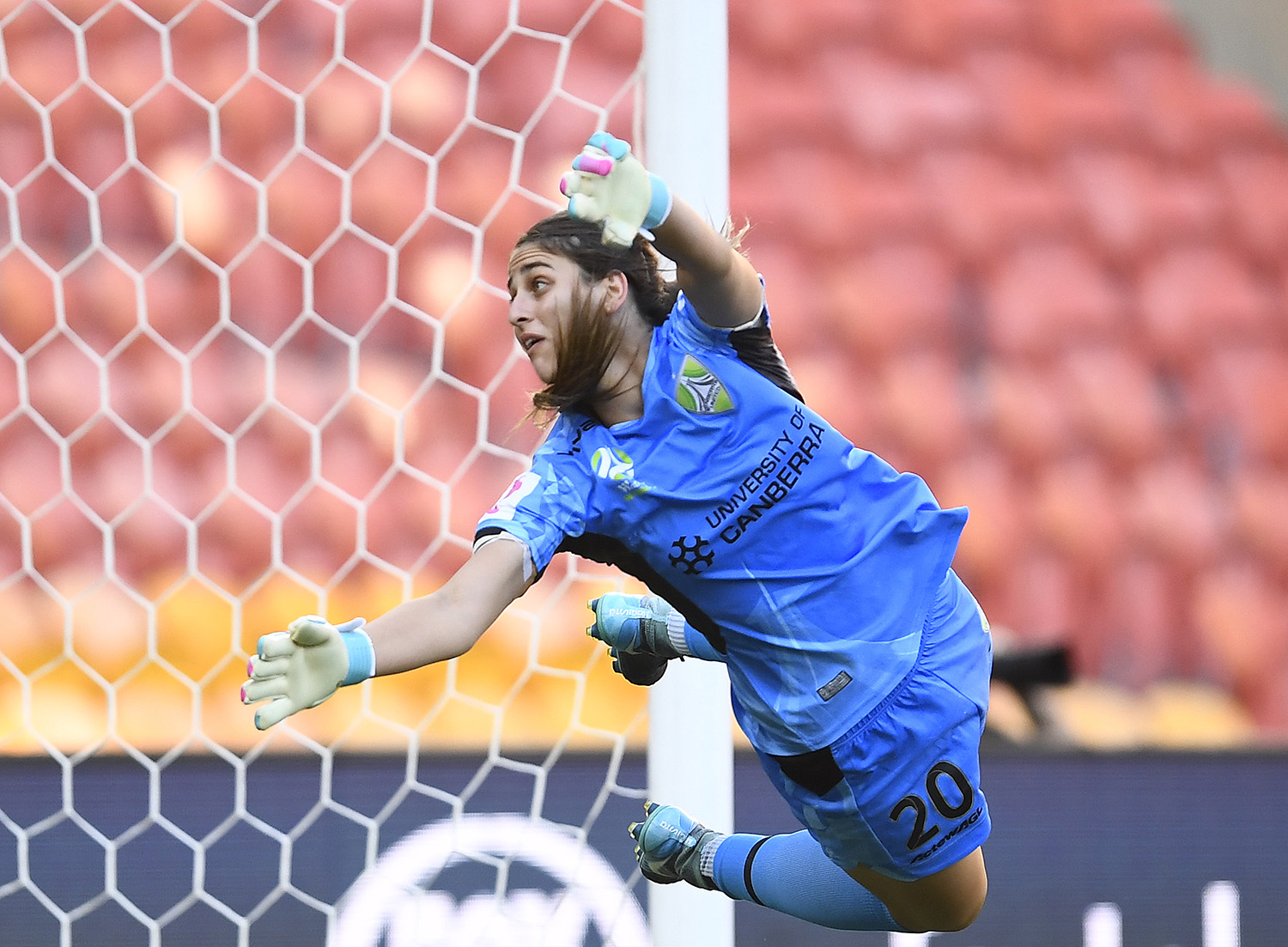 “The club, my teammates and the community all made it a really enjoyable season last year, so it was an easy decision to come back.

“The club gave me an opportunity last year and have again this year so of course I want to build on that. We want to be successful this season so my mentality and work ethic to be better every day won’t change.”

Meanwhile, Grove joins Canberra United after spending Season 11 of the Westfield W-League with the Brisbane Roar.

“Being a part of the Matildas training camp was a surreal experience, just being in that environment and with those girls was great,” Grove said.

“I’m hoping that what I’ve learnt from being amongst the team and in training will really benefit me in the coming season.”

Head Coach Heather Garriock is excited by the prospect of having two strong, competitive goalkeepers at the club.

“Similar to last season, we have two very strong goalkeepers and it will be exciting to see them battle it out for the number one spot,” Garriock said.

“Sham made it her position last season with her consistency in games and training, and her character, desire and leadership both on and off the field are great attributes to lead from the back.

“Annie is one of the best young goalkeepers in the country and I’m really excited to see her grow and develop this year.”

Khamis and Grove become the fourth and fifth players to sign with Canberra United ahead of Season 12 of the Westfield W-League, joining Karly Roestbakken, Elise Thorsnes and Nikola Orgill.

If you would like to #GoGreen with these players, Canberra United Memberships are now open for renewal for Season 11 members and will go on sale to the public on Friday 18 October, while the 2019/20 Westfield W-League draw is also expected to be released soon. More information can be found on the Canberra United website.