Heather Garriock’s 2019/20 squad is starting to take shape, with Taren King and Olivia Price both deciding to #GoGreen and re-sign with Canberra United for the upcoming Westfield W-League campaign.

King returns for her third season at the club, while Price is back for a second year after stints with Sydney FC and the Western Sydney Wanderers.

King has impressed across the backline in her two years with the team and, having played under Garriock at a Westfield W-League and NSW Premier League level, is looking forward to working with the Canberra United mentor once again. 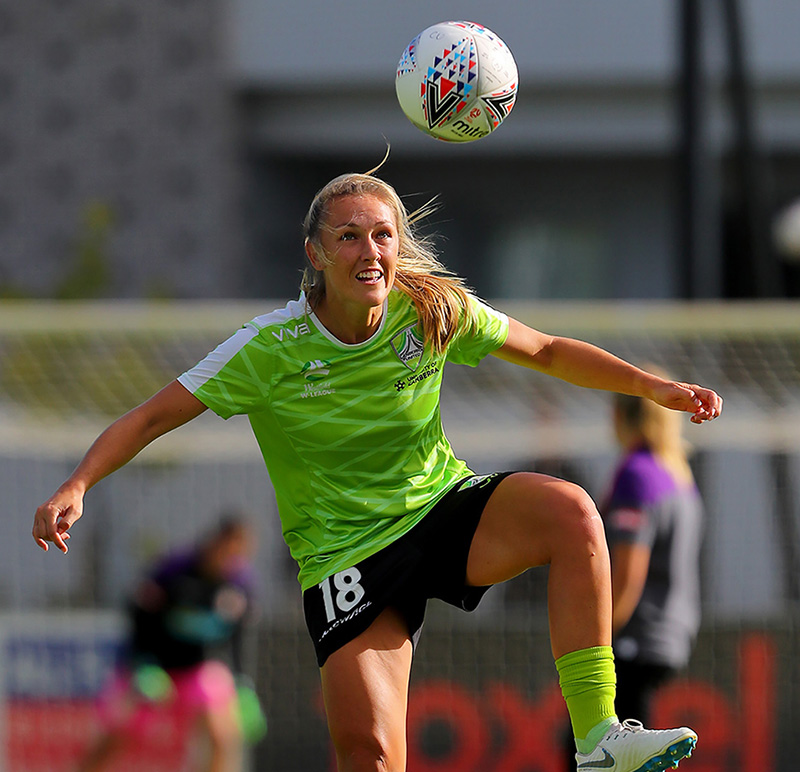 “For the last two years, I’ve enjoyed being down here in Canberra with the team and Heather, so I’m stoked to be back,” King said.

“Heather always tries to get the best out of me, she always pushes me and she’s a familiar face so I’m looking forward to working with her again this season.”

As a former Westfield Young Matildas captain, Price brings a wealth of big game experience to the squad.

The classy midfielder already has five Westfield W-League campaigns under her belt, and hopes to build on what was a strong first season with the club.

“I really enjoyed my first year in Canberra so I’m delighted to be back,” Price said.

“I’ve obviously had a few seasons in the Westfield W-League, but I think last year in Canberra was really the first time I saw consistent game time on the field, so I’m excited to build on that.”

Garriock says both players bring a sense of composure and reliability to the squad.

“Taren is a player who contributes massively to our culture and brings a real sense of calm to the backline,” Garriock said.

“While Olivia is a quiet achiever with a superb work ethic who we can always rely on to get the job done.

“She will play a key role for us in midfield with her composure and silky skills.”

With the team starting to build, now is the perfect time to #GoGreen and join the Canberra United family. Season 12 memberships will go on sale to the public on Friday 18 October, while the 2019/20 Westfield W-League draw will also be released shortly. More information can be found on the Canberra United Website.