Taylor-Young ready to leave her mark on Westfield W-League

Heather Garriock has described her as a ‘similar player to a Hayley Raso or an Ash Sykes’ and now, Hayley Taylor-Young will get an opportunity to leave her own mark on the Westfield W-League.

The 17-year-old is set to make her Canberra United debut this season, after signing a deal with the club last week.

The young striker netted 30 goals in 17 games to take out joint Golden Boot honours in the Capital Football NPLW competition, and says she is now looking forward to testing herself at the next level.

“It’s so amazing to be signed by Canberra United,” Taylor-Young said. 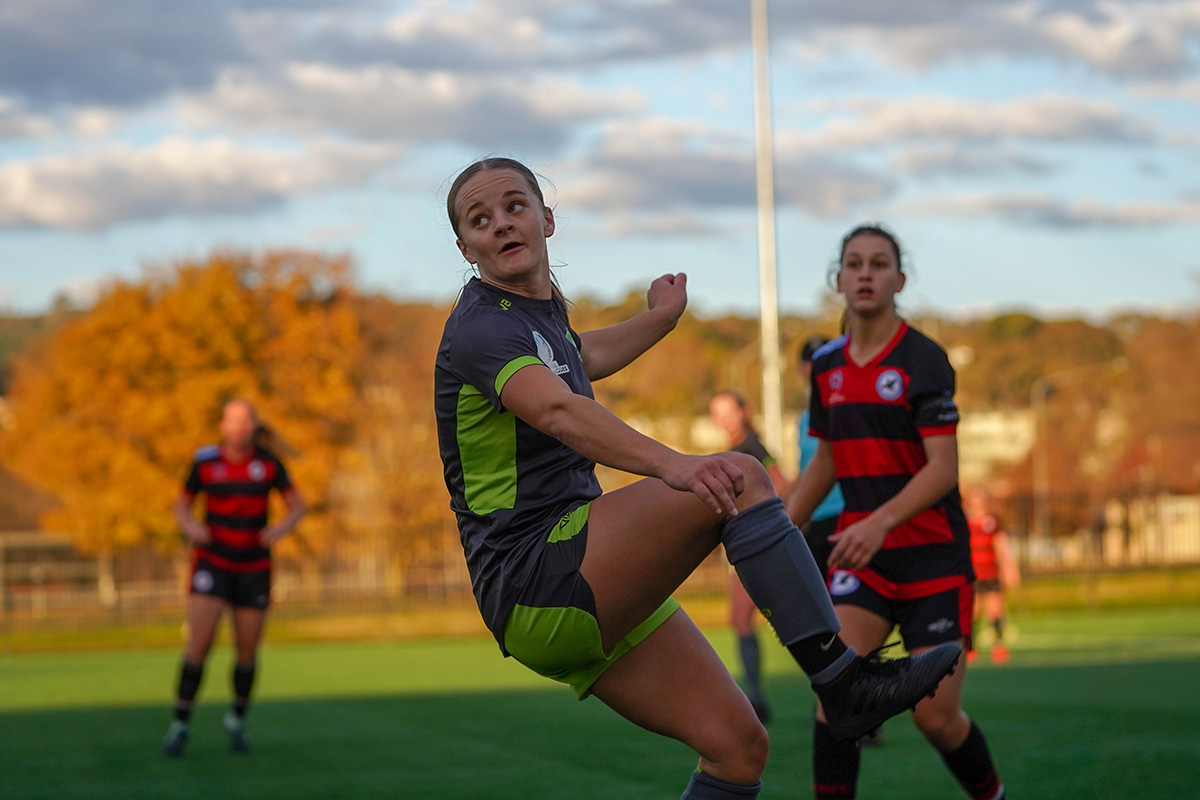 “The CUA program has helped me develop my skills and understanding of the game and has given me a great platform to build from at the next level.

“I’m a little nervous, the Westfield W-League is a big step up from CUA but I hope to learn a lot and contribute to the team’s campaign.

“Hopefully I can score a few bangers.”

Taylor-Young’s form for CUA left Garriock with no choice but to include her in Canberra United’s squad for Season 12 of the Westfield W-League.

The young gun often left opponents in her wake with her blistering speed and power, ending the NPLW campaign with two five-goal hauls and four hat-tricks in total.

“She’s a similar player to a Hayley Raso or an Ash Sykes because she’s just lightning quick,” Garriock said.

“She can play as a number nine or as a winger and she can use both her left and right foot, so she can cause real havoc for defenders.

“She’s an outstanding player and certainly one to watch for the future.”

Taylor-Young is the third CUA product to #GoGreen and sign with Canberra United this season, following in the footsteps of local legends Karly Roestbakken and Laura Hughes.

Hughes will return for her third season in green, while Roestbakken will be back for her fourth campaign with Canberra United, having recently been named as captain of the Westfield Young Matildas for the AFC U-19 Women’s Championship in Thailand.

If you want to #GoGreen with our local Canberra United stars, Season 12 memberships are now on sale to the public. Be sure to sign up in time for our Round One clash with Perth Glory at McKellar Park on Sunday, 17th November.