Tough pill to swallow as Perth steal a point

Canberra United was left to rue missed chances in front of goal after a late header from Perth Glory defender Kim Carroll snatched a point at Dorrien Gardens on Friday night.

Simone Charley’s fourth goal in five games and her third against Perth was not enough for United to claim all three points, as Canberra was left to reflect on what could have been.

Against the run of play, Charley opened the scoring in the 15th minute after a delightful long ball from Kaleigh Kurtz found the American striker in behind the defence.

Charley cut back onto her left before unleashing a deadly finish past Glory’s Eliza Campbell.

The rest of the first half was end-to-end thrilling football, with Glory’s Crystal Thomas proving to be a handful for United’s backline.

Canberra started the second half at frenetic pace, dominating possession and creating chance after chance.

But after hitting the woodwork and missing several one-one-one chances with a simply brilliant Campbell, United fell asleep in the 89th minute. 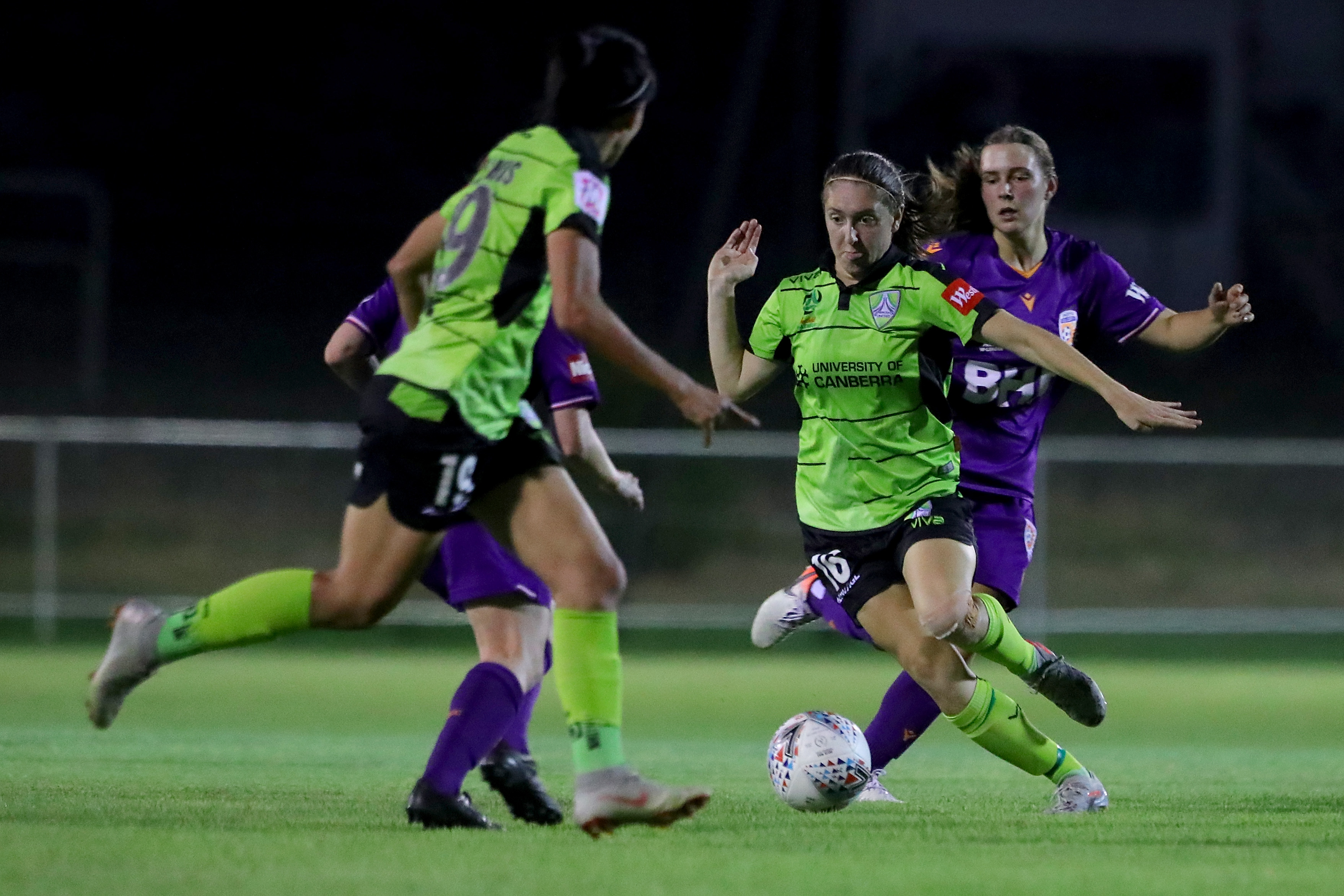 Glory defender Carroll out lept Canberra’s defence at a corner, with her header hitting the underside of the crossbar and bouncing in.

It was a tough pill to swallow for United, but head coach Heather Garriock said the squad needs to remain positive.

“On our toughest and longest road trip of the season, we played really well for patches of the match and did enough to take away all three points,” Garriock said post-match.

“But we failed to kill off the game and that came back to bite us. It is a disappointing result because it was our game to win.”

Canberra now has a week to prepare for another road-trip to face Adelaide United at Marden Sports Complex on Sunday afternoon (22 December).