United back in the winners circle after 2-1 win

Canberra United got back to winning ways after a gritty 2-1 win over Adelaide United at Marden Sports Complex on Sunday afternoon.

Leena Khamis and Hayley Taylor-Young both scored their first goals for the club to help get United over the line, despite a consolation goal from Adelaide substitute Emily Condon.

Khamis opened the scoring in the 9th minute with a blistering right-foot strike, after a deft through ball from the ever-outstanding Olivia Price.

Adelaide United were a constant threat throughout the first half, with Mary Fowler proving to be handful whenever she had the ball at her feet.

United also played portions of the first half with only 10 players on the field, after Kaleigh Kurtz left the field of play several times due to a reoccurring blood nose. 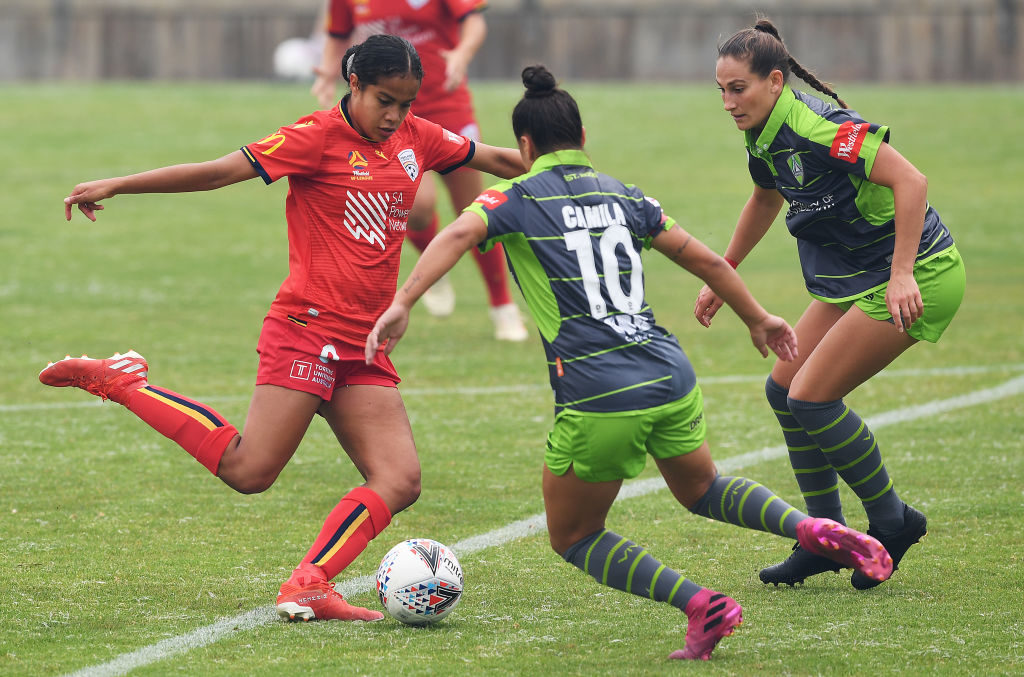 Just like they did against Perth Glory last weekend, Canberra started the second half on the front with only the offside flag stopping Elise Thorsnes from scoring yet again in the Westfield W-League.

Leena Khamis almost double United’s lead but the best chance of the second half fell to Karly Roestbakken, whose shot hit the near post.

In the 73rd minute, Canberra was left with only 9 players on the park, after Kurtz once again left the field with a bloody nose and Simone Charley received treatment for her calf cramps.

But just five minutes later, 17-year-old Hayley Taylor-Young all but put the game to bed after she put the ball into the back of the net from a corner, scoring her first-ever goal for Canberra United.

It looked like Canberra United would have just their second clean sheet of the season but once again they conceded late, allowing Condon to tap the ball home from close range.

“I think we created so many opportunities in the second half and we probably should have converted more opportunities,” Garriock said.

“We were sitting sweet at 2-0 but we conceded again in the last five minutes. We will address that but the most important thing is that we got the three points on the road.

“We will have a happy Christmas lunch and now focus on the Wanderers game.”