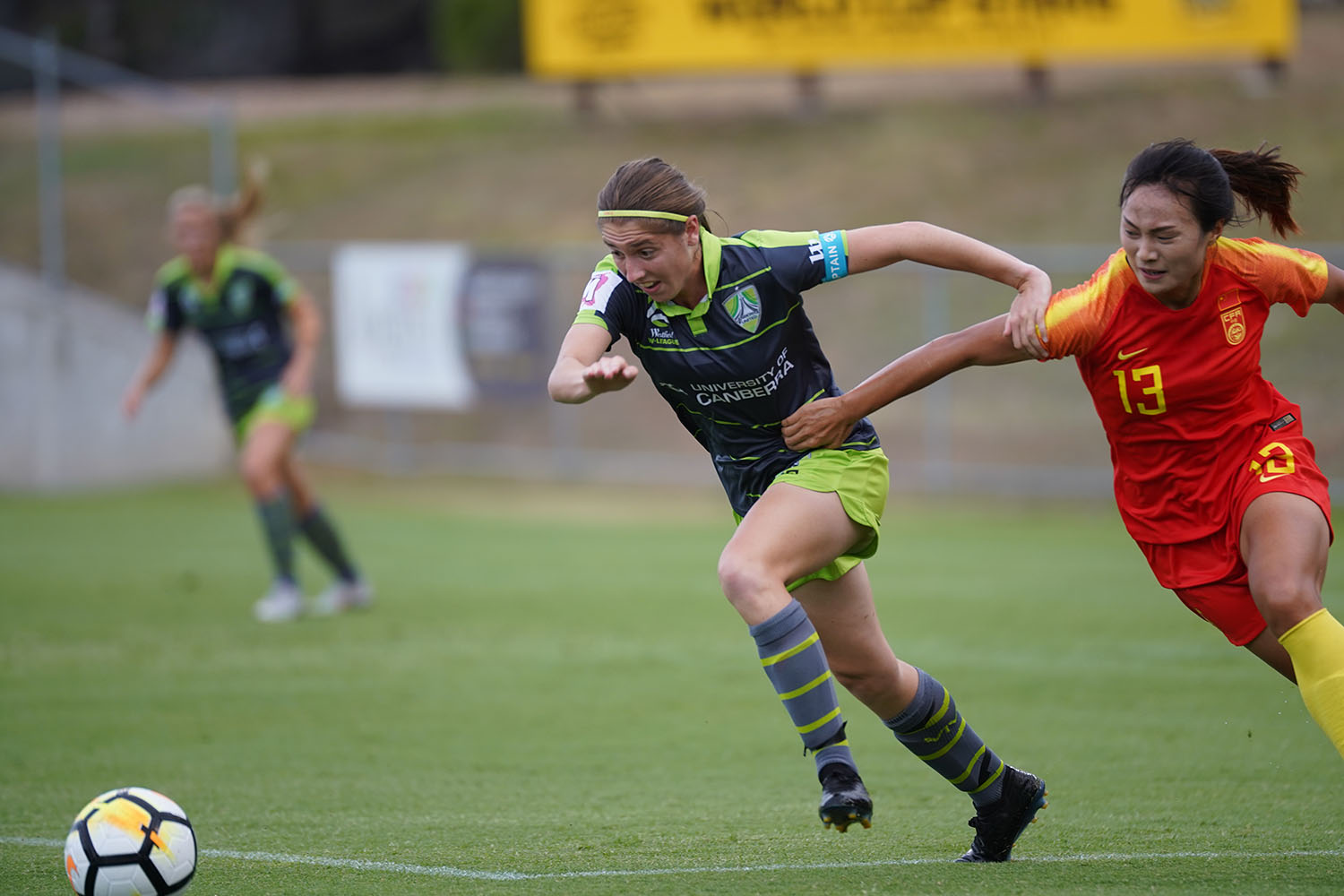 Three second half goals powered the Western Sydney Wanderers to a dominant 4-0 win over Canberra United in front of a strong crowd at McKellar Park on Boxing Day.

United went into the break down just one but were overrun by a rampant Wanderers side who now sit equal first on the Westfield W-League table.

Western Sydney started the better of the sides under smoky skies at McKellar, but were unable to capitalise on a number of half chances.

Elise Thorsnes came the closest to putting United ahead in the 25 minute, when a lovely ball from Simone Charley found the Norwegian at the back post, but her resulting header

Just as United looked to be getting on top, the Wanderers delivered a sucker punch by way of Kyra Cooney-Cross. 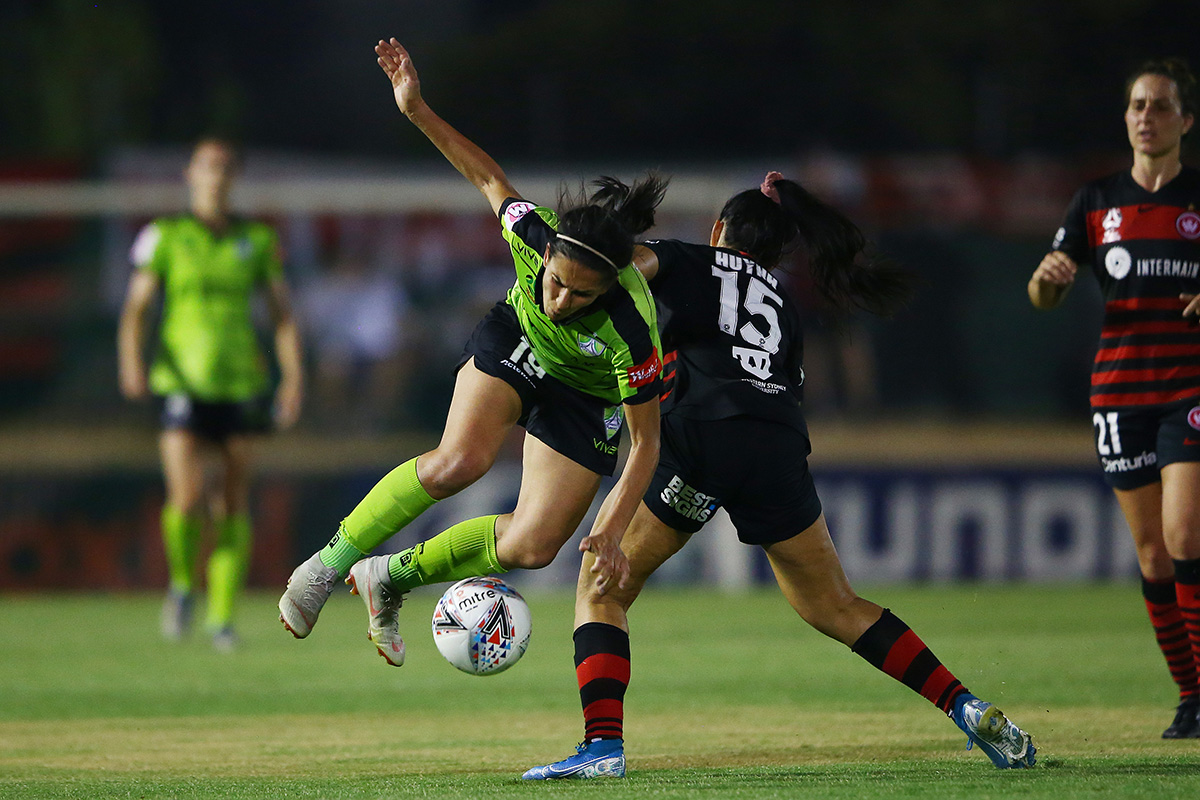 The young star latched onto a well-directed cross from captain Erica Halloway, heading the ball past an outstretched Sham Khamis to give her side a 1-0 lead heading into the break.

Liv Price nearly pegged one back for United early in the second half, as the reliable midfielder won the ball on the edge of the area and fired a strong shot on goal, but not strong enough to bust through the hands of goalkeeper Abby Smith.

The Wanderers would take over from that point, as former United midfielder Denise O’Sullivan made it 2-0 with a low shot into the bottom corner with just over 20 minutes to play.

Kristen Hamilton then made it 3-0 with a sharp finish from an acute angle, before fellow American Lynn Williams netted the Wanderers fourth in the 85th minute after having her initial shot saved by Khamis. 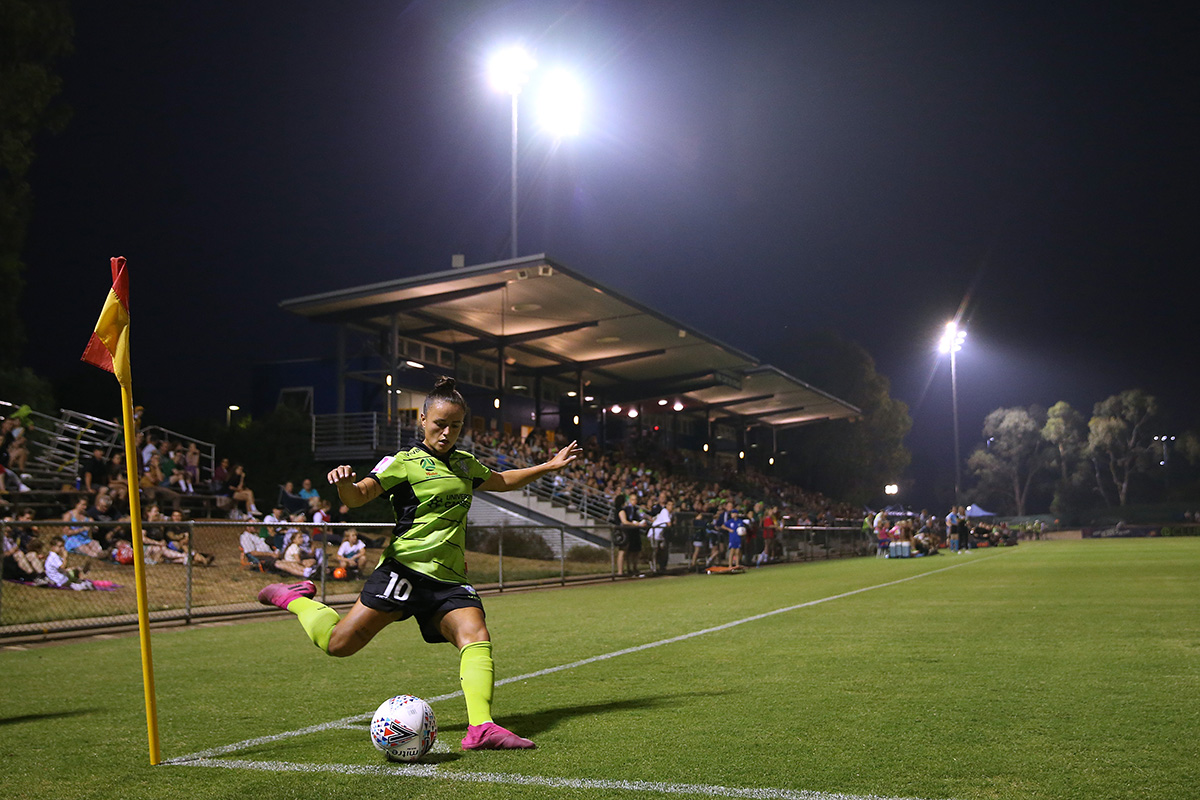 Speaking after the match, head coach Heather Garriock said lapses in concentration ultimately cost her side.

“Defensively I thought we were really good in the first half,” Garriock said.

“We were pretty confident going into the second half but lapses in concentration cost us. Obviously they’ve got a fantastic strike force but some individual errors cost us today.”

Canberra will be looking to bounce back when they host Sydney FC at McKellar Park on Sunday 5 January.