Canberra United coach Heather Garriock has vowed that her team will continue to fight till the end of the season as they aim to repay the faith of their dedicated fans.

United have spent the last two weeks on the training pitch as they prepare for their last home game of the season against Adelaide United on 16 February.

Despite not playing for several weeks, Garriock said it was important for the club to finish the season strong.

“During this week off for the Matildas’ Olympic qualifiers, it is important that we work really hard because the season isn’t over for us,” she said.

“Whilst we can’t make the top four, which was our ultimate goal, there are other positives that we can take out of this season.

“Most importantly, we want to finish the season off strong for ourslves, the club and our fans.” 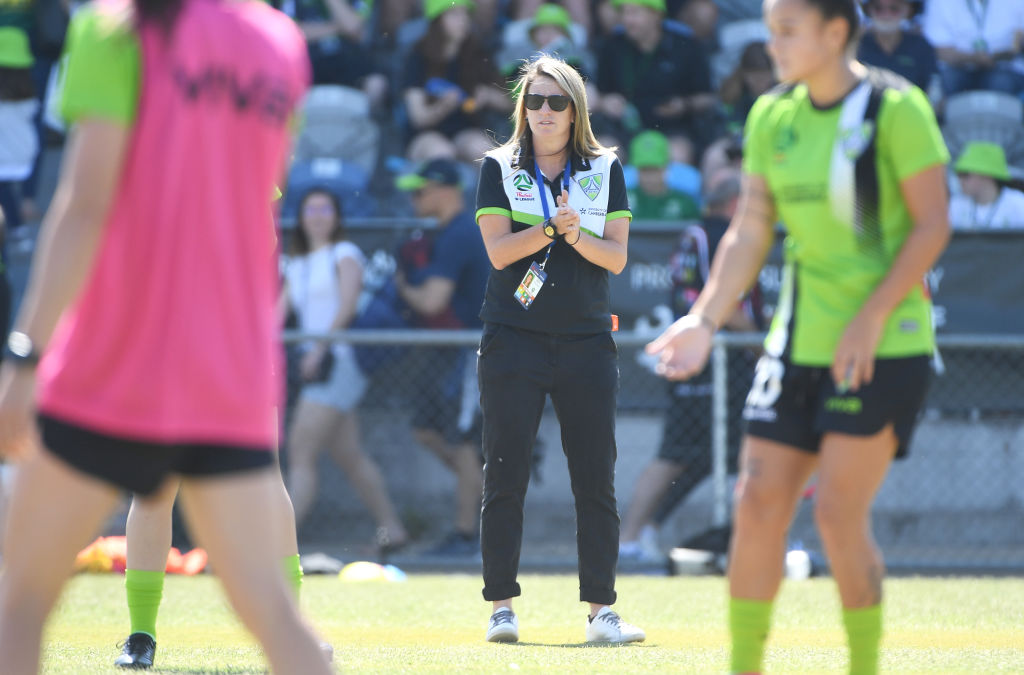 Despite United failing to make finals, Garriock said she had drawn upon the positives of the season.

“We have nine Canberra based players in our squad which I am proud to say,” Garriock said. “They have either come throught the NPLW or the Canberra United Academy program which I am sure other clubs can’t boast about.

“Some of our young and inexperienced players have stepped up this season and I am proud of them.”

Canberra United will play their last home game of the 2019/20 Westfield W-League season on the 16 February against Adelaide United. Purchase your tickets now!