Canberra United striker Leena Khamis is adamant her side will need to be at their best if they are to claim victory over Perth Glory for the second time this season on Friday night.

United got the better of Glory in their Round 1 meeting thanks to two early goals from American import Simone Charley on her Westfield W-League debut.

But United had the home ground advantage that day, and faced an understrength Perth side missing a number of quality players. 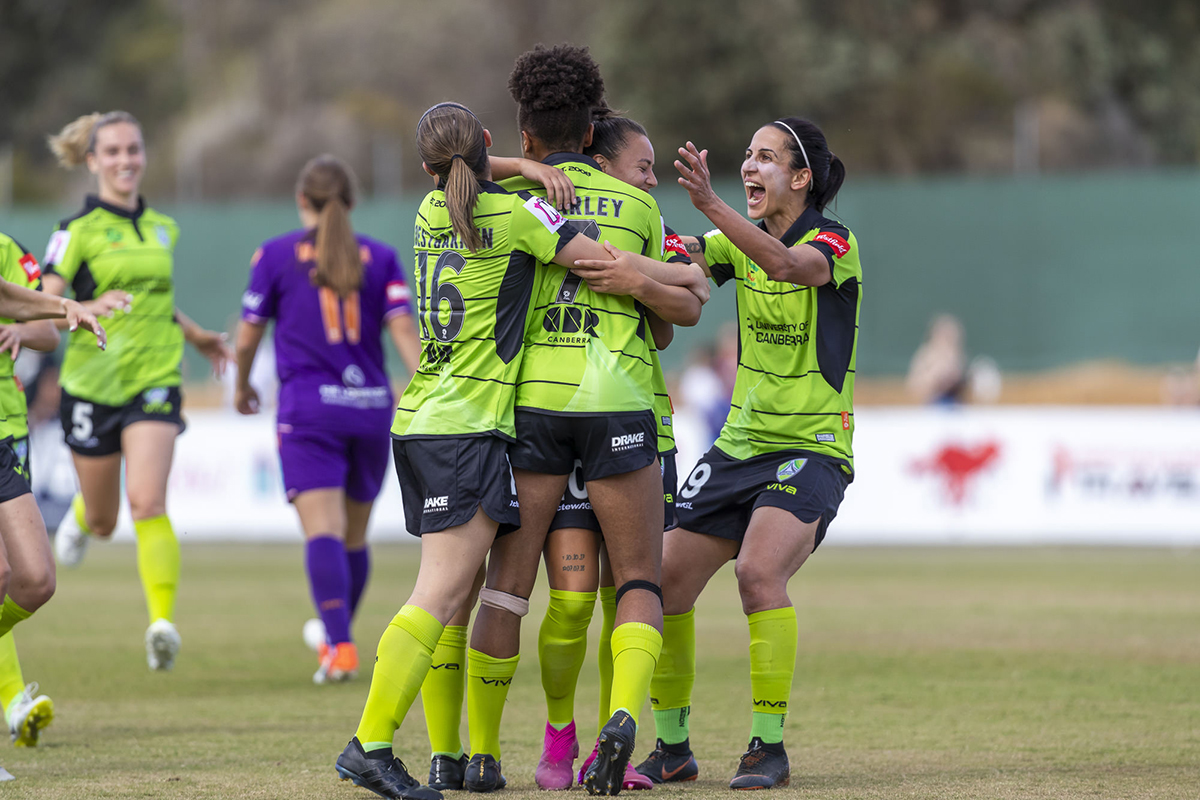 Now, Khamis and her team must travel across the country to face a Glory squad who have welcomed their full contingent of international stars, including exciting Spaniard Celia Jimenez Delgado.

“It’s always tough to travel to Perth and play,” Khamis said. “We don’t take any team lightly and away games are always more difficult than playing at home in front of your own crowd.

“Perth also have their internationals available for this game, which they were missing in Round 1, and they’ll bring some real quality and class to their line up.”

United have had a tough time on the road over the past few seasons; prior to beating the Newcastle Jets in Round 3, Canberra hadn’t won an away game in 741 days.

But after picking up a win in Newcastle two weeks ago, Khamis says there is plenty of confidence amongst the squad ahead of the long trip to Perth.

“Now that we’ve broken our away trip drought, the girls are really excited to get on the road again,” Khamis said.

“But we need to make sure we adapt to the conditions and climate over in Perth pretty quickly because it’s crucial that we come home with the three points.

“We’ve got the monkey off the back and now we need to continue to win games on the road.”

The squad will depart Canberra tomorrow morning before taking on the Glory on Friday night at Dorrien Gardens, with kick off scheduled for 10:15pm AEDT (7:15pm local).