A first half double from Michelle Heyman plus an own goal has fired Canberra United to a three-goal win over the Western Sydney Wanderers keeping the unbeaten start intact. A strong debut from Keeley Richards in goals also saw United keep their first clean sheet of the season.

It was a dream start for United, with Michelle Heyman opening the scoring inside five minutes. Receiving the ball on the edge of the box, Heyman did well to turn her defenders before firing the ball into the top left with a wonder strike.

United continued to control play from then on, with the wide duo of Taylor-Young and Flannery causing all sorts of problems.

Western Sydney Wanderers did grow into the game with their own chances but could not get past the debutant Keeley Richards in goal for United.

With chances at either end, it was United who would grab the next goal and double their advantage. Getting on the end of a perfectly placed through ball from Kendall Fletcher, Flannery ran into the box before laying the ball off to Heyman, with the legendary striker smashing the ball home for her second.

With halftime fast approaching, and the game firmly in their control, United soon went up by three. A well-placed corner from Grace Maher caused all sorts of problems for the visitors and led to an unfortunate own goal.

United came out firing in the second half, looking to pile further misery on the Wanderers. An early change saw the pace of Paige Satchell come on to terrorise the Wanderers’ defence. 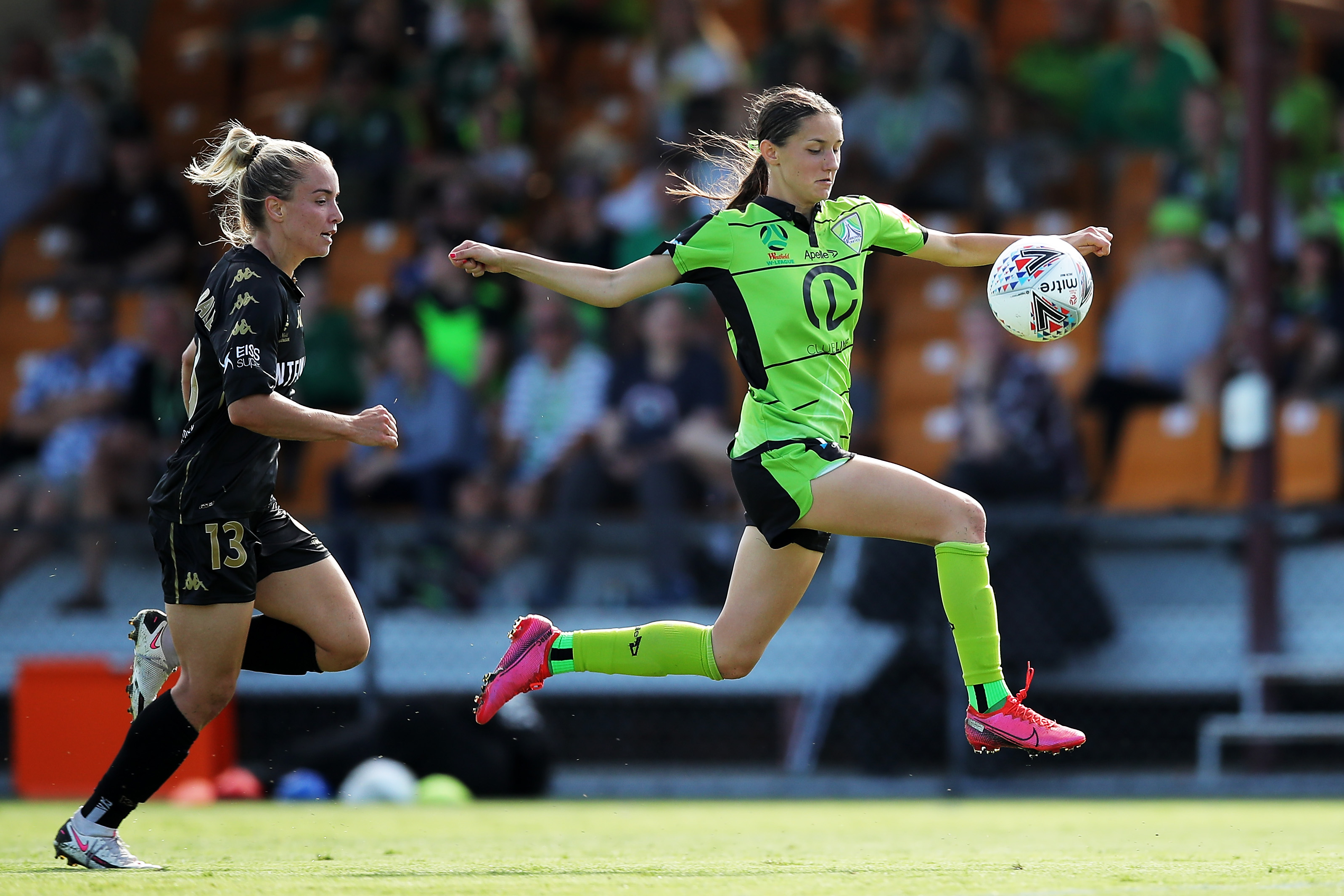 Despite being three goals down the visitors created plenty of chances but were regularly denied by some outstanding saves from Richards.

A ball into the middle from Teigan Collister was met by Libby Copus-Brown but Richards was alert to the danger to make a stunning diving save to her right to keep the midfielder out.

Chances appeared less often in the second half as both sides played out a physical game. Laura Hughes popped up with the best chance of the second half, shooting from range but was denied by an excellent diving save from Sarah Willacy.

With the Wanderers pushing to grab their first of the game, an in-swinging corner was claimed by Richards on the line and then instantly turned into a counter-attack for United.

That would prove to be one of the final chances of the game, bringing an end to a physical encounter with United continuing their undefeated streak and moving to the top of the table for at least 24 hours.