Fans will get their first glimpse at Canberra United’s new look squad when they take on Perth Glory in their season opener at McKellar Park on Sunday.

Heather Garriock has built her 2019/20 squad with a mix of local, interstate and international talent in a bid to see the side return to the finals after a two-year absence.

Brazilian star Camila will join Americans Katie Stengel, Kaleigh Kurtz and Simone Charley in green this season, while Norwegian international Elise Thorsnes will arrive in the nation’s capital shortly as a Guest Player. 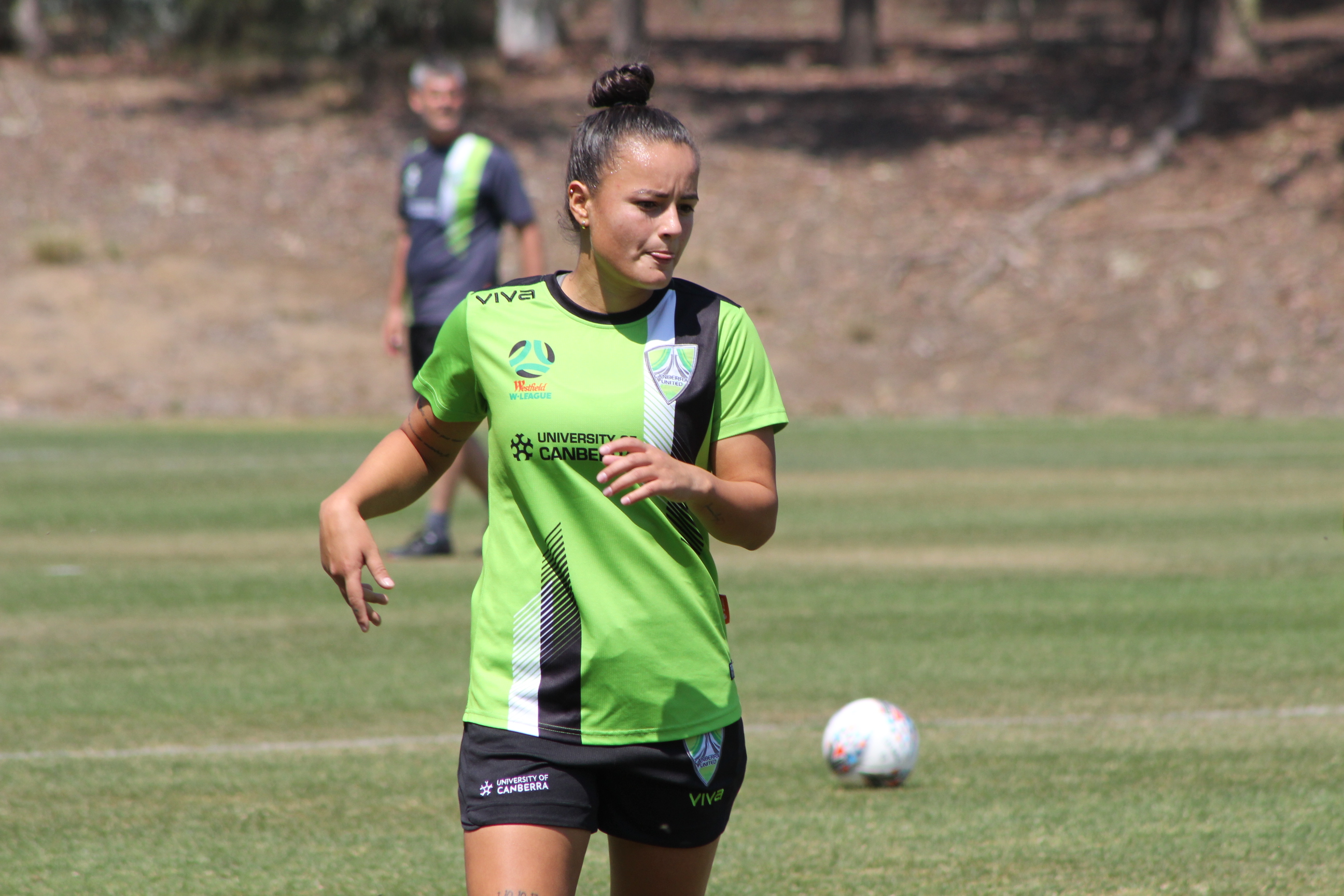 Local players Jessie Rasschaert and Hayley Taylor-Young will also join the squad following standout seasons in the Capital Football NPLW, while Karly Roestbakken will play her first game for United since making her Westfield Matildas debut back in June.

Perth will also boast a relatively new look squad, and will be without Westfield Matildas captain Sam Kerr after she signed a new deal with English football giants Chelsea FC.

United and Glory always seem to play out entertaining affairs, with two of the past three meetings ending in 4-4 draws.

The first of those occurred back in January 2018, where a seven-goal first half saw Perth take a 4-3 lead into the break, before a second half goal from Thorsnes helped us to a share of the points.

The second of those meetings occurred last year, in a game that has been appropriately dubbed the ‘Thriller at McKellar.’

Up 4-1 with nine minutes to play, United looked to have secured all three points, before Kerr inspired the Glory to a late comeback to ensure the sides finished locked up at 4-4.

In a 14-round competition, every match is highly important, and a first up win for United will lay the foundation for the season ahead.

Want to see our team in action on Sunday, purchase your tickets to the game NOW.

“We’re absolutely ready, it’s been four weeks of preseason and this is now the moment we’ve been waiting for. We’ll be discipline in defence, that’s first and foremost, but in attack I think you’ll see an exciting, creative team that will have a lot of shots on goal. I can’t wait for the fans to get out there on Sunday and see us play.”

“Every player I’ve hand picked and I’m so excited that we’ve got some local guns in our team. To see some of these local girls, who have performed at such a high level in the Capital Football NPLW, come in and possibly debut at McKellar Park is exciting. Our imports are exciting, creative, unpredictable and they can certainly score goals.”

“The good thing about Karly is she’s very coachable, she’s willing to learn and her work ethic is just unbelievable. She’s come back from an unbelievable year and in that time her maturity and skill set has gone to the next level.”

Unavailable: 11.Elise Thorsnes (yet to arrive)