After notching their first away win in 741 days, Canberra United return to McKellar Park in Round 4 for their first Thursday night match of the season.

United outlasted the Jets in Newcastle last round thanks to an 81st minute winner from Norwegian import Elise Thorsnes, and the side will be looking to build on that win when they welcome Brisbane Roar to town.

Heather Garriock’s team jumped out to a 2-0 lead against the Jets, before back-to-back penalties helped the Hunter side level the scores at half time.

With the match seemingly headed for a draw, United co-captain Karly Roestbakken played a long ball through to Thorsnes, who slid a shot into the bottom corner to lift her side to a 3-2 win.

Thorsnes will play her first game in front of the McKellar Park faithful this Thursday against the Roar, who will be looking to notch their first win of the 2019/20 season. 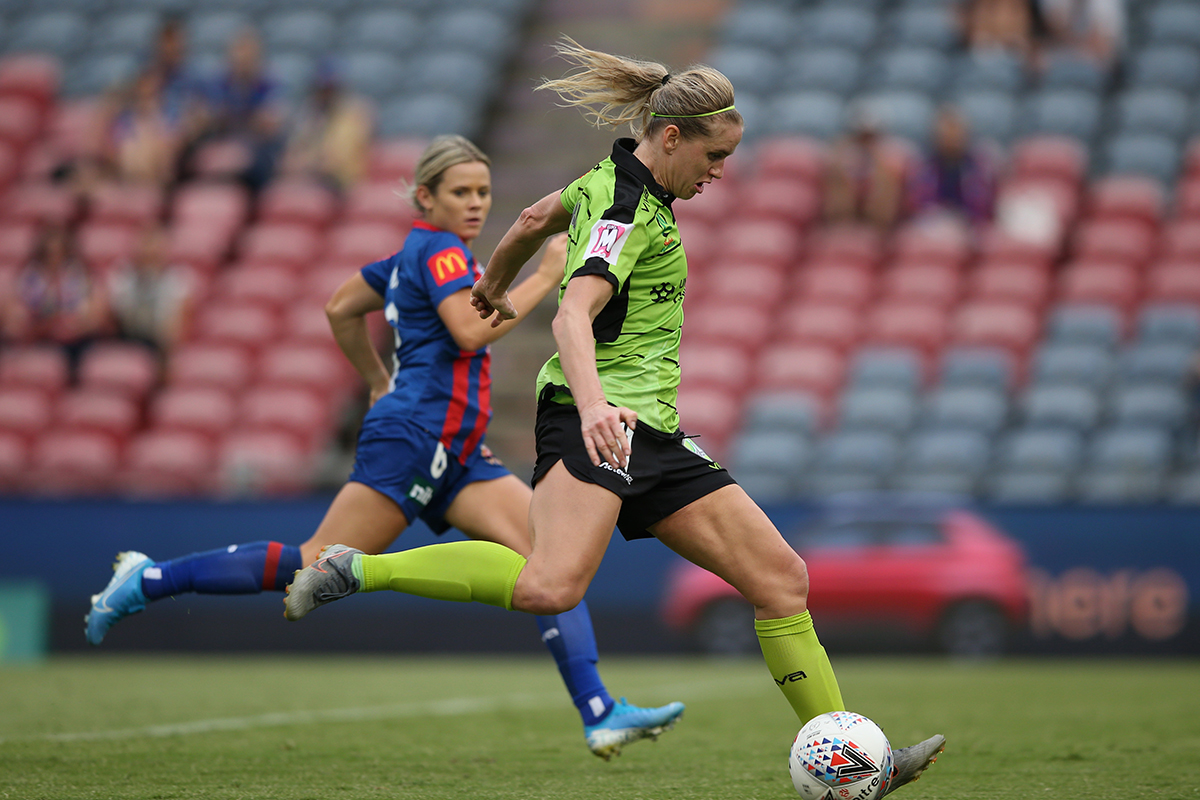 Brisbane enter the clash having lost the opening two matches of their campaign, but looked impressive in both outings. They were unlucky to lose to Melbourne Victory, who were saved by the individual brilliance of their keeper Casey Dumont.

The Roar boast a strong squad featuring the likes of Clare Polkinghorne, Hayley Raso and Carson Pickett, and will be desperate to close the gap between themselves and the top four.

Canberra and Brisbane have played in some big matches throughout the history of the Westfield W-League, none bigger than the 2008/09 and 2011/12 Grand Finals.

The Roar claimed victory in the first of those deciders, before United secured a 3-2 win in the 2011/12 final in front of more than 2,500 fans at McKellar.

It mightn’t be a Grand Final, but this early season clash between Canberra and Brisbane is sure to be just as entertaining.

Want to see our team in action? Purchase your tickets to the game NOW.

For the second year in a row, Canberra United is partnering with ActewAGL and The Salvation Army to spread Christmas cheer this festive season.

As such, this Thursday’s match will see a giving tree displayed at McKellar Park where supporters can donate unwrapped gifts to help families in need this Christmas.

On this Thursday’s clash…

“Going into tomorrow night’s game, with Brisbane’s quality up front and experienced midfield, we need to be at our best.”

“She’s outstanding, obviously I coached her a couple of years ago and her character and commitment is outstanding. I was really pleased for her to score the winner [last week].”